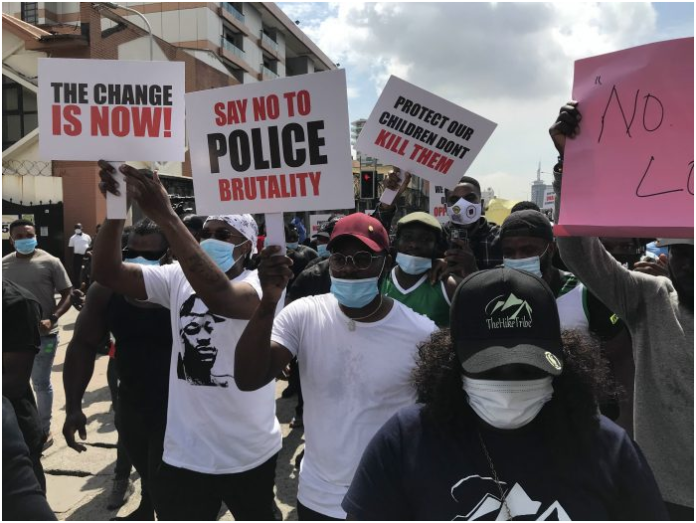 Tiwa Savage, a singer, wants Nigerian youths to stop looking up to celebrities like her to lead street protests against issues that they care about.

Tiwa spoke on her Instagram handle Thursday as some celebrities led protests against police brutality and extortion. The protesters were particularly after operatives of the notorious Special Anti Robbery Squad (SARS).

Falz and Runtown disclosed on Wednesday that they will join the protest demanding total disbandment of SARS.

The protesting youths besieged the Police Headquarters in Ikeja, the capital of Lagos State and marched to Lekki Toll Gate. They vowed to continue the protest this Friday through Sunday.

Protesters also besieged the Force headquarters in Abuja on Thursday, calling for total disbandment of SARS. The campaigners sat on the Shehu Shagari Way, shouting EndSARS, while paralysing vehicular traffic. They also wielded placards with the same inscription.

Tiwa however, argued: “If Nigerian youths don’t come out to protest they will think that we are jokers and that’s why they don’t take us seriously.

“Nigerian youths you guys need to wake up. There are people out there that have lost children. This is not a time to joke because there’s nothing funny about this. They think Nigerian youths are lazy and that’s why they don’t take us seriously.

“None of us wants to die as a joke. You don’t have to rely on celebrities because you don’t call on them when you are voting for Big Brother Housemates. Everyone should better come next week Tuesday and join in this protest.”