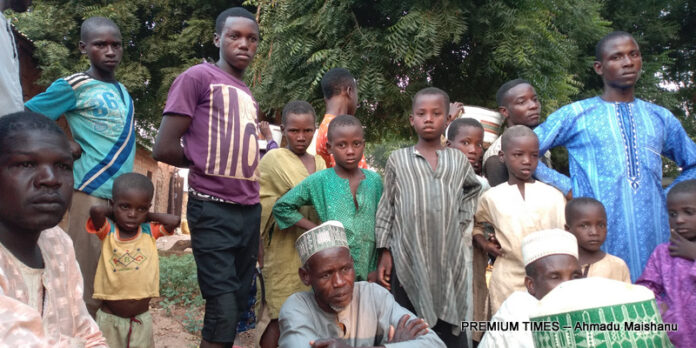 Anti-malaria group, Malaria Consortium, says it is on course to reach 12 million children in Burkina Faso, Chad and Nigeria as part of its current treatment cycle of the 2020 Seasonal Malaria Chemoprevention (SMC) campaign.

Malaria Consortium has been delivering SMC campaigns in the Sahel since 2013, working closely with national malaria programmes, as well as state, regional and district health authorities in each country to organise and coordinate the campaign.

This year’s campaign began in Nigeria on July 9, in Burkina Faso on July 13 and in Chad on July 27.

The programme is implemented with the support of UK aid, the Global Fund to Fight AIDs, Tuberculosis and Malaria, and USAID’s President’s Malaria Initiative. But, it is predominantly funded by philanthropic donations.

The intervention has been top-rated by independent charity assessor GiveWell, which analyses the amount of good achieved by an organisation per dollar spent.

The life-saving intervention is World Health Organisation (WHO)-recommended, designed to provide protection from malaria to those most at risk during the rainy season: children under five.

The intervention is a combination of two safe and effective drugs, amodiaquine and sulfadoxine-pyrimethamine, given to each child once a month for four months, from July to October.

The campaign is delivered by community distributors, trained and facilitated by Malaria Consortium, who travel to each household to administer the anti-malarial medicines.

They also sensititise communities about malaria prevention and refer sick children to local health facilities. The delivery period of each cycle takes place over three to four days.

Malaria Consortium’s West and Central Africa Programme Director, Maxwell Kolawole reflects on the additional challenge of COVID-19 to ensuring the successful delivery of the organisation’s biggest ever campaign.

“We had to come up with strategies to advocate for the continuation of essential malaria services amidst the COVID-19 pandemic. In line with international guidelines for COVID-19 control, Malaria Consortium invested heavily in the provision of training and items to minimise risk for over 100,000 personnel involved in the campaign, for example, face masks and hand sanitiser and training for over 100,000 personnel involved in the intervention.

‘’As of today, over 11 million children have received SMC as planned with the full support and ownership by the Governments of those countries. By the end of the month, all 12 million children will have been reached. With this feat, Malaria Consortium has proved itself as an agile and effective contributor in combating diseases and promoting child health in Africa.”

Across the Sahel, most malaria illness and deaths occur during the rainy season, typically between July and October. SMC is a highly effective intervention to prevent malaria infection during this peak transmission period among those most at risk: children under five.

SMC is defined as the intermittent administration of full treatment courses of an antimalarial medicine during the malaria season. WHO recommends administering four monthly courses of two antimalarial drugs to children aged between three and 59 months: sulfadoxine-pyrimethamine (SP) and amodiaquine (AQ).

SMC is typically delivered household-to-household by volunteer community distributors. It is a safe, cost-effective and feasible intervention, which can prevent up to 75% of malaria cases in children under five.

In 2018, SMC was implemented in 12 countries of the Sahel, reaching around 19 million children. It was also estimated, however, that around 12 million children who live in areas that could benefit from SMC were not covered.

Malaria Consortium has been a leading implementer of SMC since WHO issued its recommendation to scale up the intervention in 2012. Starting with an early implementation pilot in Nigeria in 2013, it then led the rapid scale-up of SMC through the Achieving Catalytic Expansion of Seasonal Malaria Chemoprevention in the Sahel (ACCESS-SMC) project in 2015–2017, reaching close to seven million children in Burkina Faso, Chad, Guinea, Mali, Niger, Nigeria and The Gambia.

Since 2018, the anti-malaria group has continued to implement SMC, mainly using philanthropic funding received as a result of being awarded Top Charity status by GiveWell, a non-profit organisation dedicated to finding outstanding giving opportunities through in-depth analysis.

The also receives funding for SMC from other donors, including the Global Fund and DFID. In 2019, it reached around six million children in Burkina Faso, Chad and Nigeria. We plan to expand our SMC programme to reach over 11 million children in those countries in 2020.

Planning typically starts four to five months before the annual SMC campaign. This involves determining where and when the campaign will be implemented and estimating the target population of children aged three to 59 months, as well as recruiting the required number of community distributors and supervisors.

Most of the SPAQ for use in Malaria Consortium’s SMC campaign is procured by our global operations team. Because as yet there is only one manufacturer capable of manufacturing quality-assured SPAQ in the required formulation and packaging for use in SMC, global production capacity is limited, and orders must be placed around one year in advance. Our team manages the shipment of SPAQ from the manufacturer in China to the central warehouses in the countries in West Africa, where we implement SMC. From there, the medicines and other SMC commodities, such as T-shirts, bags and pens for SMC implementers, are distributed to health districts and health facilities ahead of the SMC campaign.

To ensure maximum uptake, mass campaigns such as SMC need to be well accepted by beneficiaries. Ensuring communities understand the rationale for SMC and support its implementation is therefore essential.

SMC implementers are typically trained through a cascade model starting at the national level about one month before the campaign, with each cadre of trainers subsequently training the next lower level of trainers and learners.

All community distributors and supervisors attend a one- or two-day classroom training before the start of the campaign. Malaria Consortium has played a key role in developing the training materials used in the countries where we implement SMC.

Malaria Consortium has led the development of guidance for SMC implementers, as well as tools to ensure high-quality implementation, for example, job aids for community distributors.

During the SMC campaign, supervision is typically provided by salaried, facility-based health workers, with support from district, regional and central-level supervisors, as well as Malaria Consortium staff.

Administrative monitoring data, including SPAQ doses provided and adverse events, are collected by community distributors on tally sheets, which are compiled by health workers and reported to the district level.

As an organisation, Malaria Consortium is committed to technical excellence. Within our SMC programme, much of our work is about continuous improvement of quality of SMC implementation, as well as contributing to the evidence base through M&E and research.