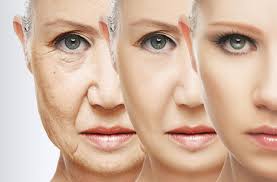 Urolithin A, a metabolite of biomolecules found in pomegranates and other fruits, could help slow certain aging processes, a Rael-Science post has said, pointing out that EPFL spin-off Amazentis, in conjunction with EPFL.

The post says the Swiss Institute of Bioinformatics, has published a paper in the journal Nature Metabolism outlining the results of their clinical trial.

It is a fact of life that skeletal muscles begin to lose strength and mass once a person reaches the age of 50. A recent clinical trial involving two EPFL entities—spin-off Amazentis and the Laboratory of Integrative Systems Physiology (LISP) – showed that urolithin A, a compound derived from biomolecules found in fruits such as pomegranates, could slow down this process by improving the functioning of mitochondria—the cells’ powerhouses. A joint paper presenting the results of the trial, published today in Nature Metabolism, also demonstrates that ingesting the compound poses no risk to human health.

The claim that healthy eating is the key to longer life might seem too convenient—but it is now further backed by scientific evidence. Pomegranate, a fruit prized by many civilizations for its health benefits, contains ellagitannins. When ingested, these molecules are converted into a compound called urolithin A (UA) in the human gut. The researchers found that UA can slow down the mitochondrial aging process. The catch is that not everyone produces UA naturally.

To get around that problem, and to make sure all participants received an equal dose, the team synthesized the compound. Some 60 elderly people, all sedentary yet in good health, took a single dose of between 250 and 2,000 mg of UA.

The researchers observed no side effects when compared with the control group, who were given a placebo. The participants were then split into four groups, each receiving a placebo, or a 250, 500 or 1,000 mg daily dose of UA for 28 days. Again, no adverse health impacts were found, even after prolonged ingestion. The team then assessed the efficacy of UA by looking at cellular and mitochondrial health biomarkers in the participants’ blood and muscle tissue. The results were compelling: UA stimulates mitochondrial biogenesis—the process by which cells increase mitochondrial mass—in the same way as regular exercise.

UA is the only known compound that re-establishes cells’ ability to recycle defective mitochondria. In young people, this process happens naturally. But as we age, our body starts to lose its power to clean up dysfunctional mitochondria, causing sarcopenia (loss of skeletal muscle mass) and the weakening of other tissues. The team focused on slowing, or even reversing, this natural effect of aging.

The paper, published today, also confirms that the compound is safe to eat. Amazentis, based at EPFL’s Innovation Park, hopes to harness the promising results to quickly bring the product to market. “These latest findings, which build on previous preclinical trials, really crystallize how UA could be a game-changer for human health,” says Johan Auwerx, a professor at LISP, the EPFL lab involved in the trial.

An article published in 2016 showed that the lifespan of nematode worms exposed to UA increased by 45 percent—from around 20 to 30 days—when compared with the control group. Likewise, older mice showed 40 percent better endurance while running after two weeks of treatment. The compound may thus have even more secrets to reveal about its benefits for human health.