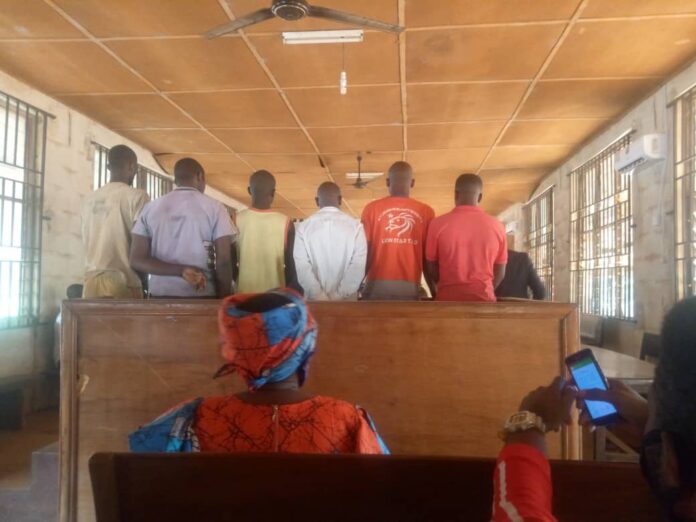 The labourers, who were also accused of beating up personnel of Anambra State Physical Planning Board during one of their enforcement operations, pleaded not guilty to the 6-count charges brought against them.

Mrs N.C Anyaegbunam, who presided over the matter, adjourned hearing to 2nd March, 2021, after granting the accused bail at conditions including sum of twenty thousand naira, sworn affidavit of means, two recent passport photographs, a surety in like sum, who is a civil servant not below grade level eight, with three years tax clearence.

She however remanded the accused in prison custody, pending perfection of their bail conditions.

Reacting, Counsels to the accused, Sir L. N Oguenyi and Guy O. Okenyi, said they are out to ensure that justice is done to their clients, who are mere labourers, and not the land developers.

Barnabas E. Udemba who represented the Attorney General of Anambra State and State Physical Planning Board in the matter, had argued that the court should pass a befitting sentence on the offenders, to serve as a deterrent to others.

The Chairman of Anambra State Physical Planning Board, Barrister Chike Maduekwe, in his reaction, said the accused were arraigned for developing land without approval as well as blocking access roads in Onitsha, Obosi and environs, adding that the actual developers have been declared wanted by the government.

He explained that the State government is developers-friendly,  compared to other States, warning developers against shortchanging the present administration’s commitment towards attending to the needs of citizenry.