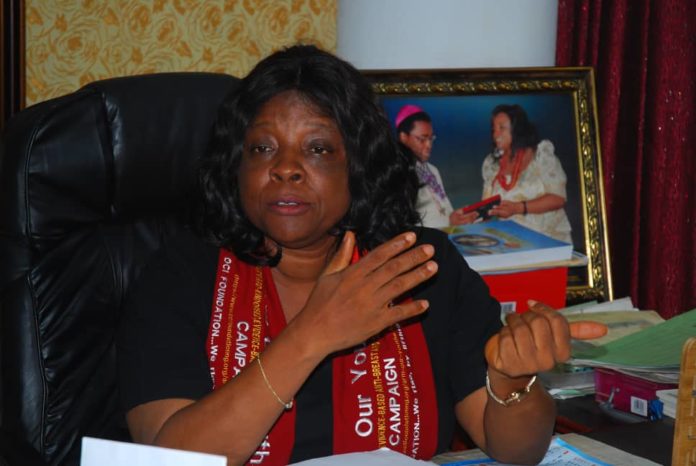 Anambra State Commissioner for Basic Education, Prof Kate Omenugha says the botched one teacher one laptop initiative of the present state administration could have addressed the numerous challenges which the virtual learning program poses for teachers in the state.

The disruption caused by the coronavirus pandemic in the education sector had forced most state governments to take to teaching on the internet as an alternative.
On the 24th of March, 2020, Anambra state government shut down all schools in the state, in a bid to prevent the spread of the virus in the state and on the 1st of April, migrated to teaching on air otherwise known as a virtual class.

This program has met serious resistance from both teachers and pupils most of whom complained about how capital intensive it is and the unavailability of its enablers such as power and internet.

The teachers who ought to drive the process appear to have been caught up with the challenges as many of them are not technologically grounded.
But in an exclusive interview with TNC, the Basic Education Commissioner, Prof Omenugha said the Willie Obiano administration had envisaged such disruption and was already planning in 2015 when it introduced the one teacher one laptop initiative.

According to her, the initiative was designed to ensure that every teacher in the state-owned a laptop and can pay through a period.

“What we introduced in 2015 would have been the panacea to many challenges faced by the education sector especially as it concerns the application of ICT in teaching and learning. Unfortunately, we met a lot of resistance and we had no other option than to drop it. If in 2015, we were able to get the teachers to own a laptop each, by 2018, we may be thinking of every student owning a palmtop and so on. You can imagine the quality of education we would have had in Anambra state,” the Education Commissioner opined.

In her view, every teacher would have been conversant with the workings of the computer and be able to bring it into the teaching and learning process in schools in the state.

Professor Omenugha agreed that the failure of the e-learning program was because the government had failed over the years to make the right investments in the education sector, but said both teachers and parents share also in the blame.

“On our part as government, we failed by not insisting when we met the resistance against our laptop initiative. But I must say that the problem is mainly with people who want the status quo to remain. Teachers and parents must take a genuine interest in the education of the children. Teachers must learn to update themselves by themselves and not always wait for the training which the government organizes. Constantly, there are training online which they can take advantage of by the question is how many of them will incline to such? Technology has come to stay in our everyday life and the only society that will pull through is that which takes advantage of its provisions. COVID-19 has shown us that times are changing. Even after the pandemic must have gone, life will never be the same again. There will be the obvious need to integrate IT in the learning process,” she said.

Omenugha stressed the need also, for parents to invest in the education of the children.

She emphasized that time has gone when students owning android phones is seen as a status symbol, urging parents to endeavour to procure Android phones to aid their children’s teaching and learning process.

Omenugha, however, observed that despite the setback with the e-learning program, the State Education System has achieved lots of milestone in its efforts to meet global competitiveness.

According to her, the huge investments which the Obiano administration has made in the sector has ensured that the goal of the state government to ensure that no child is left behind in the education drive, is already being accomplished.

“The adoption of an e-learning program is evident to the fact that the quality of education in the state is compliant with global best practices. This is the result of having a leader who believes in developing the child through education. The numerous laudable feats which the state has attained in both national and international scale bear eloquent testimony to the fact that we are making progress,” Omenugha concluded.