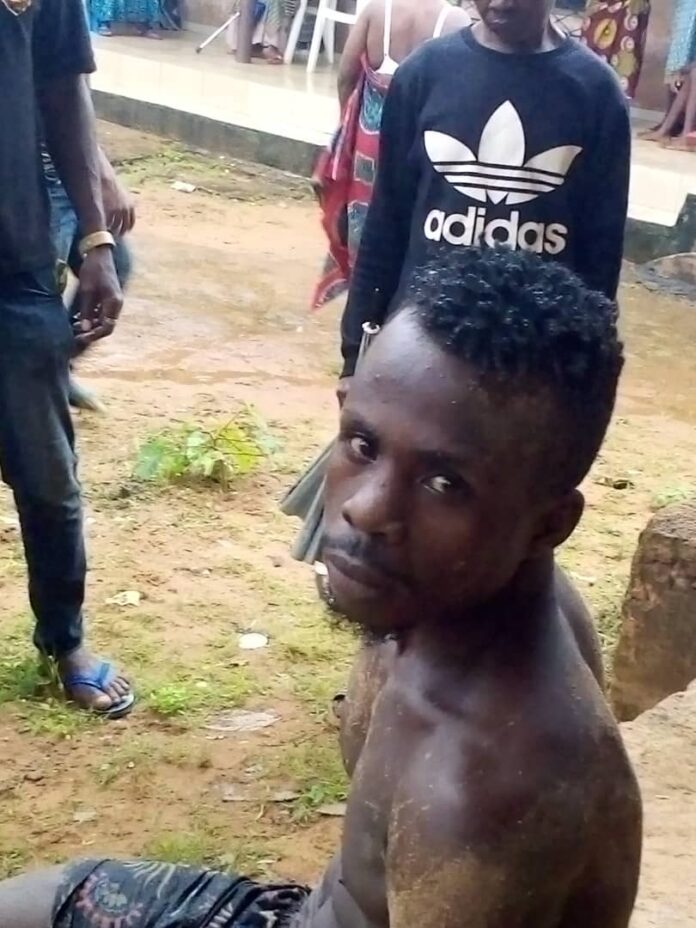 A 26-year old man was on Saturday was arrested by the Nigerian Police for allegedly killing his aged father, Christopher Ogum and burying his body in a shallow grave in Umuomaku, Orumba South Council Area of Anambra State.

The suspect, Chisom Ogum who allegedly committed the dastardly act at about 6 am this morning, was arrested by police operatives attached to Umunze Division in collaboration with a local vigilante group.

A statement today by the Police spokesperson in Anambra State, Haruna Mohammed said the suspect had run amok under circumstances yet to be ascertained, attacked and killed his own biological father aged 70years with a shovel and buried him in a shallow grave.

“After committing the act, the suspect attempted to escape before he was apprehended and beaten to stupor by an angry mob who equally forced him to exhume the corpse of his father from where he buried it,” the statement said.

The PPRO said police detectives had visited the scene of the crime, photographed the victim and took it to the mortuary for autopsy after it was certified dead by a medical doctor at Umunze general hospital.

He also said the offensive weapon used in perpetrating the offence was also recovered as an exhibit and the State Commissioner of Police, John Abang has ordered for the case to be transferred to the State CID Awka for discreet investigation. 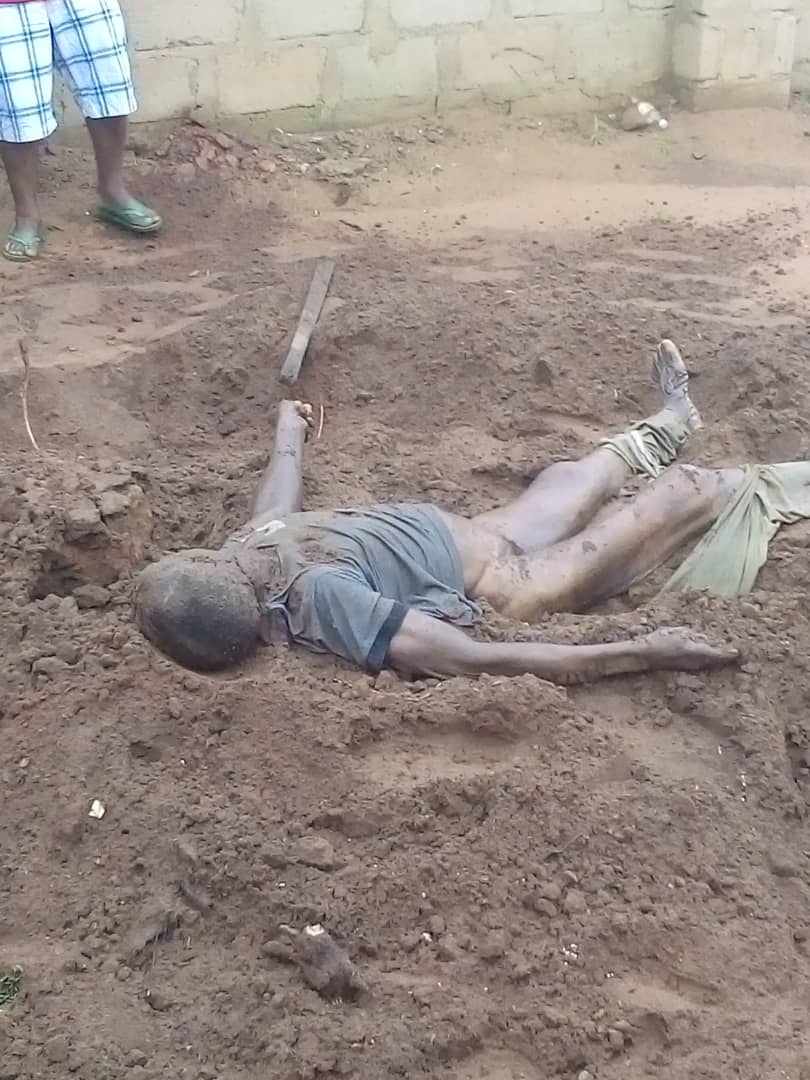