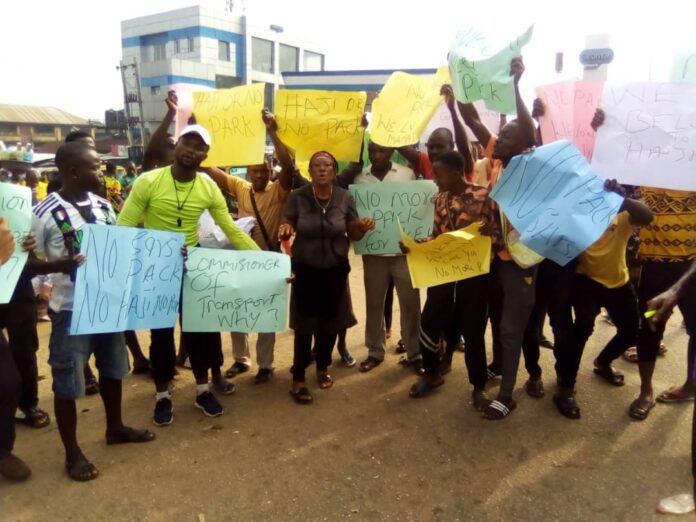 The protesters who took to major streets of the commercial city to register their grievances, also protested against alleged leadership imposition, bearing placards with various inscriptions like, “No more park, Commissioner leave our woman leader alone, Gov. Obiano come to our rescue, enough of this imposition, we are behind Ajia Nnukwu Nwanyi,” among others.

Leader of protesters and coordinator of tricycle operators in Onitsha North Local Government Area, Mrs Obiamaka Okolonji, accused the Commissioner for Transport, Afam Mbanefo of imposing one Ugbana on them to substitute their woman leader.

“I have operated this union here for the past six years and if the Commissioner wants to impose somebody on us, there should be agreement. The Commissioner is not a member of Keke union but Commissioner for Transport and if he wants somebody to be here, we should give the person our terms,” she said.

The Vice-Chairman of the Keke operators, Mr Anthony Ogalonye said the protest was occasioned by the refusal of the Commissioner’s candidate to their terms.

Reacting, Transport Commissioner, Afam Mbanefo denied the allegations, saying the government was committed to decongesting the roads for easy flow of traffic.

“We want to decongest the roads. There is a park there and they should get into the park. You can meet with the Keke people to tell you what I told them, and that is decongesting the roads for easy flow of traffic” he maintained.