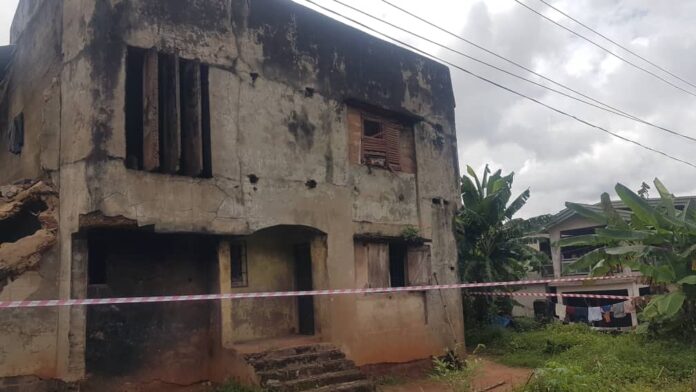 An uncompleted one storey building at Umuota village, Obosi in Idemili North Council Area of Anambra State, whose partial collapse over the weekend resulted in the death of a couple and injuries to their baby, has been sealed off by Anambra State government.
The investigation has revealed that the couple used to squat in the building, having taken advantage of the fact that the building was abandoned for many years and converted the uncompleted building for habitation.
It was however on Sunday evening, when the building reportedly caved in, killing the couple and injuring the child.
Speaking with TNC correspondent on Monday, the Chairman, Anambra State Physical Planning Board, Barr Chike Maduekwe said the government will immediately bring down the building completely so that people will no longer squat there.
Maduekwe observed that the uncompleted building has been there for more than 40 years.
“The local authority of the State Physical Planning Board in Idemili North has sealed off the building. We also gathered that the building was over forty years old and had remained uncompleted since then. The unfortunate couple obviously due to financial difficulties had converted the building to their residence.
“The partial collapse had  affected one section of the building and we have invited the owner and the caretaker to our office in Awka. After our meeting with them, we will pull the remaining section down,” Maduekwe said.
He urged developers to always ensure that they do not abandon their projects for a long time to avoid a recurrence of such disaster.
The Anambra Physical Planning Boss appealed to developers to always obtain building permits before construction.
This he noted, will help the Board to monitor the development. 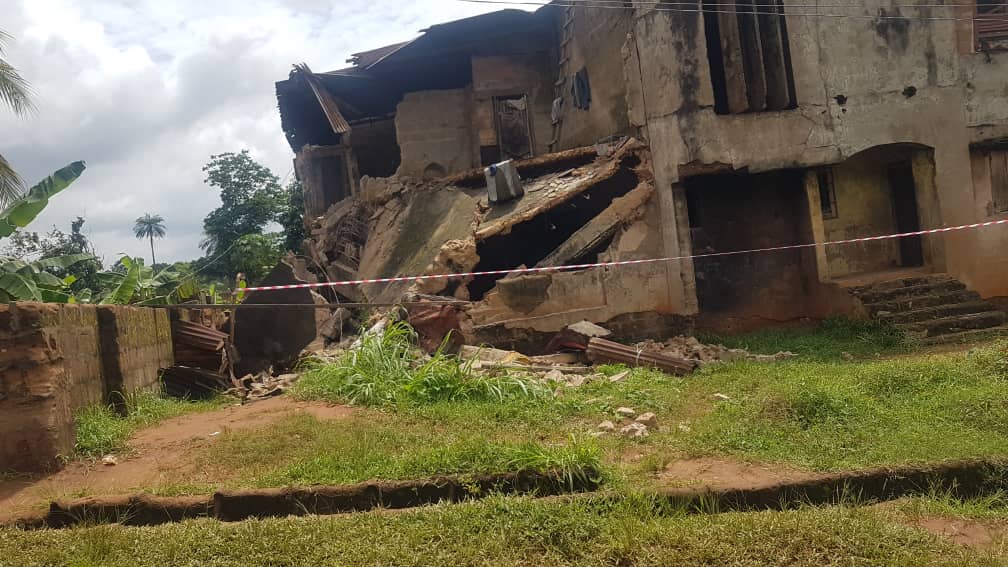