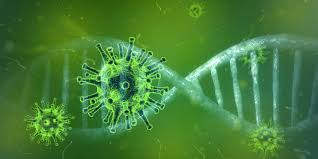 Less than 24 hours after Anambra State Government’s announcement of series of measures to keep its citizens safe from COVID-19, people of the state are already lamenting over how the measures will hamper socio-economic activities in the state.

Governor Willie Obiano had in a broadcast yesterday, banned public gatherings, shut down schools and reduced the number of passengers for various categories of commercial vehicle operators among other measures, in a bid to reduce minimally, chances of the virus spreading across the state.

A visit today, to some shopping malls in the state capital city of Awka reflected very low turnout of clients, as concerns over the virus soar across the state.

Banks were not also left out as banking halls appeared deserted, especially with most banks scaling up their online services to clients and deemphasizing visits to the halls.

Some of the citizens who spoke to our correspondent in Awka while agreeing with the position of the state government that stringent measures needed to be taken to prevent the spread of the virus, however, said it will infringe on their rights and privileges.

A businessman, Anthony Ugochukwu said the advent of the virus has greatly reduced the number of persons that visit the market while prices of goods that are imported have skyrocketed.

“The markets are already dry. Even before the government introduced the bans, customers have on their own reduced the frequency with which they visit the markets. Some of us stay the whole day without having one person knock at our shops. The way this thing is going, I foresee a situation where the markets will be shut down completely, and that will spell great problems for us as traders,” he noted.

A Private School Proprietor, Mr. Kingsley Okolo observed that the suspension of academic activities in schools is commendable as life is the paramount thing.

He however urged the government to work out a means of supporting its citizens to scale through the trying times that the bans will bring about, as is already being implemented by other nations in form of palliative measures.

For an entertainer, Comic Doctor Mmirioma, the ban on public gatherings is a major setback for them.

“As it is now, we in the entertainment industry, are presently refunding the monies paid in advance to us for appearance at different shows. About three events where I am billed to perform this Easter have all been cancelled. No more burials, weddings, parties, child dedication and other social gatherings. Of a truth, if nothing is done with respect to finding a lasting solution to this COVID-19 challenge, we may eventually end up in a serious economic quagmire,” he lamented.

A sports enthusiast, Emeka Okoye also spoke on how the suspension of major sporting activities has affected him.

“Major leagues across the world have shut down. This is a dark era for us as not just football lovers but sports enthusiasts. Weekends are dull as no actions are witnessed. Even our normal physical fitness exercises have ended for fear of contact with contagious persons. We just hope this would end soon and that life returns to normal,” he enthused.