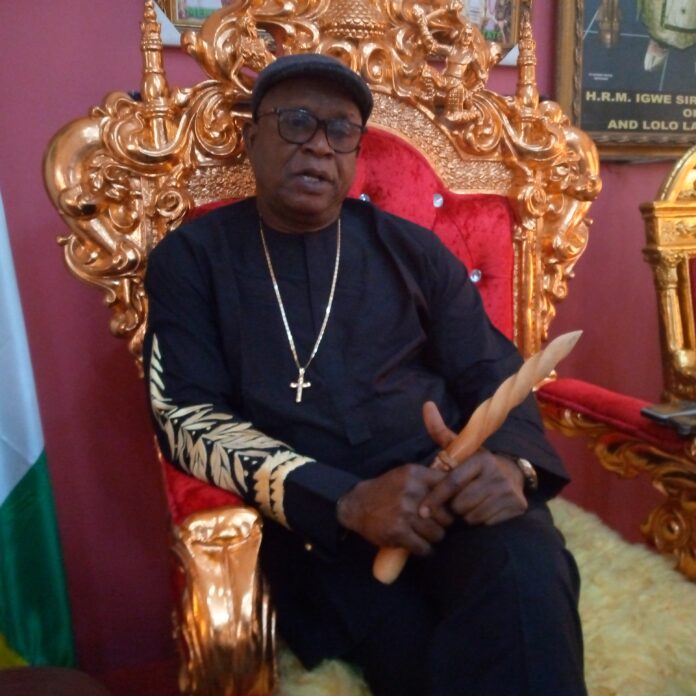 Umueri community in Anambra East Council has asked Anambra State Government to return part of the land it took from her for the Anambra International Airport project, so as to enable the community to sustain its agricultural capacity.
The State government had acquired the airport land in parcels A, B, C and D, totalling about 1,901 hectares of land, around 2008 during the tenure of the former governor, Peter Obi.
It was however during the tenure of Governor Willie Obiano that the compensation for the land was paid and it was only compensation for Parcels A and B which is about 760 hectares that was paid, while work had commenced on parcels C and D instead.
Recent days have seen natives of three clans-Umuopu, Enuagu and Umuino all from Ivite village, Umueri, protest against the state government accusing it of parcellating their lands and renaming it after a village in neighbouring Aguleri Community.
They also accused the government of attempting to take over their land without any benefits to them while alleging that Governor Willie Obiano who is from neighbouring Aguleri, is using the Airport project to fight an old war between Umueri and Aguleri.
While speaking with TNC correspondent on Tuesday at Umueri, the traditional ruler of the town, Igwe Ben Emeka noted that although the state government had yet to complete the full compensation for all the lands taken, the community decided to allow the project continue because of the huge economic benefits it is expected to attract when it fully comes to life.
He, however, said there have been numerous issues around the quantum of land which prompted the intervention of the community leadership.
“The land in question belongs to Ivite-Umueri. After much analysis, we realized that the quantum of land acquired for the project was more than enough for the project. Given the situation, we wrote the state government through the community attorney, requesting that it should not pay the compensation for the remaining two parcels A and B, and that instead, the government should return the land since the parcels C and D where work is already ongoing, can suffice for the airport project. We also made the demand, having in mind, the fact that our people are deep into agriculture and the need to secure enough land for their agricultural activities,” the royal father said.
Igwe Emeka maintained that the efforts to get government return the land is ongoing and he is optimistic that it will yield the desired result baring the recent blockage of the airport land by the protesters.
He, therefore, harped on the need for the protesters to exercise restraint and allow the community leadership to dialogue with the government so as to resolve the issue.
“We believe that government comprises human beings and since our appeal is logical, they will heed it. But it is important for our people to have confidence in the ability of the town leadership under me to secure a better bargain for them with the government. Our people should demobilize our women and youths from the airport project site so that work can commence at the pace it has been moving,” he pleaded.
On allegations that Governor Obiano may be fighting an old war with the project, the Monarch, said he knows the governor to be a detribalized man, adding that even if there is an ulterior motive, the people should exercise patience until it materializes.
He expressed appreciation to governor Obiano for siting the project in Umueri, stressing that when completed, it will help put the community on the global map.