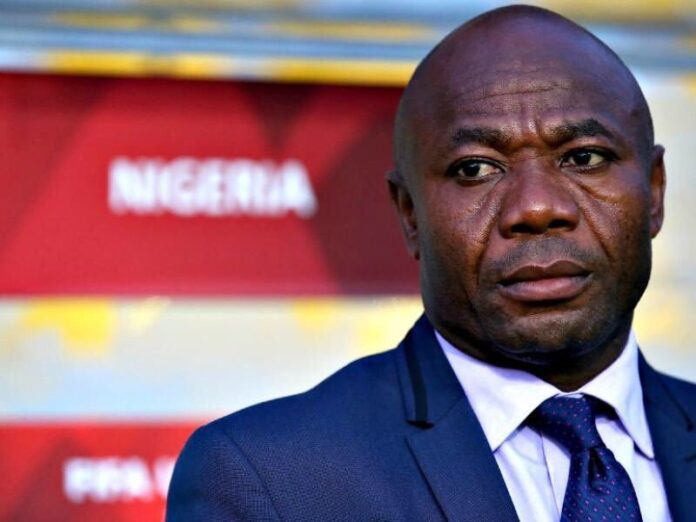 Former super eagles player, Emmanuel Amuneke has rejected Nigeria Football Federation’s job offer to become the assistant coach to Gernot Rohr.
Amuneke won the U-17 world cup for Nigeria in 2015, he also was once a former head coach of Tanzania and currently, he is the Sporting Director of Egyptian Premier League side, Msr El Makkasa.
He believes that a man of his caliber is bigger than the position of an assistant coach as he sees it as descending low, and if he will be considered for any position it should be he becoming the head coach of the Super Eagles.
Speaking to reporters he said: “But why should I be an assistant coach to anyone with my pedigree? With what I’ve done in the game, both as a player and as a coach, I think it is normal for me to be going higher than descending to working under another coach”.
“I don’t have any ambition or desire to work under any other coach either in Nigeria or elsewhere with my pedigree in the game,” he added.
“I did not apply to NFF to work as an assistant to Rohr and nobody, as at this moment, has approached me about the prospect of assisting Rohr in the Super Eagles.
Amuneke won the African Cup of Nations with the Super Eagles in 1994 and Olympic Games Soccer gold in 1996