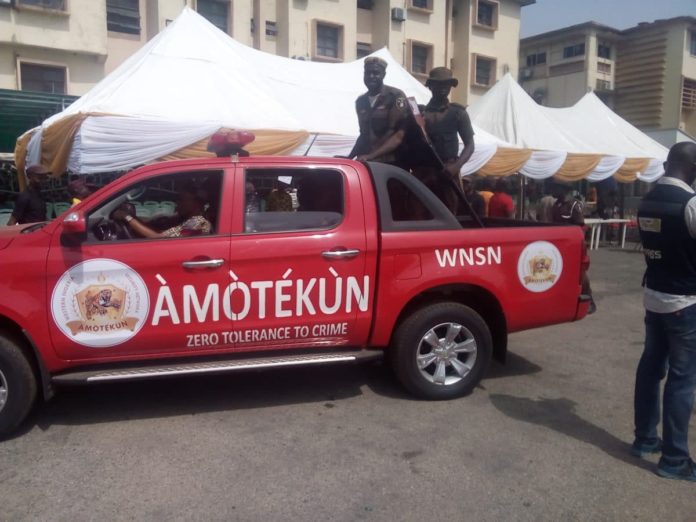 The Development Agenda for Western Nigeria (DAWN), has admonished the Western Nigeria Security Network, otherwise known Operation Amotekun from going against the rules setting it up.

DAWN, which is the coordinating agency for Amotekun in a statement on Friday, stated that the security outfit was not setup to address irrelevant issues.

The commission was reacting to the plan by some state commands of the Amotekun Corps to arrest persons with indecent dressing as well as those involved in the abuse of Yoruba language.

According to the commission, the creative expression, culture and language of people living in the Southwest zone of the country are beyond the scope of the security functions of Amotekun.

While emphasizing that the function and responsibility of the security outfit had been enshrined in the legal framework which set it up, DAWN maintained that attempt to violate the rights of the citizens will be frowned at.

“This is to formally inform the general public that the Western Nigeria Security Network codenamed “AMOTEKUN” was not set up to address trivial issues outside the law establishing it.

“The creative expression, culture and language of people living in Southwest Nigeria are beyond the scope of the security functions of AMOTEKUN.

“The outfit was set up as a complementary structure to the Statutory Security Agencies to guarantee freedom of expression, protection of lives and property, and by extension, the prosperity of Southwest Nigeria.

“Any abuse or violation of any citizen living within the Region by any member of the AMOTEKUN Corps will not be tolerated by the relevant authorities in the States.”