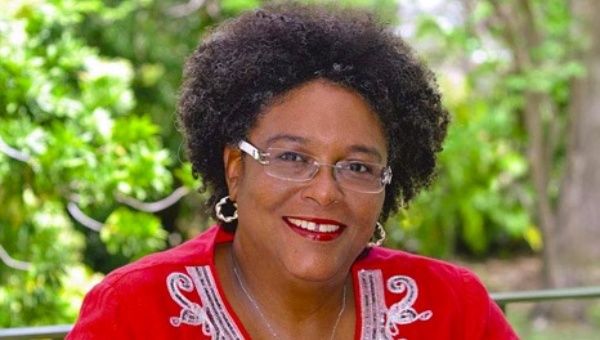 The 16th  Raúl Prebisch Lecture will be given by the first female Prime Minister of Barbados, Mia Amor Mottley, in Geneva, this coming September 10, amid a growing global advocacy to reinvent the international order.

The prestigious lecture is periodically delivered by a prominent thinker or head of state at the United Nations’ European headquarters in Geneva, Switzerland. Often, it tackles trade and development issues, and also covers other topical global concerns.

The lecture series began in 1982, with the inaugural lecture given by its namesake, the late Dr. Raúl Prebisch, himself.

Prebisch (1901-1986) was the Secretary-General of the United Nations Conference on Trade and Development (UNCTAD) from 1965 to 1969. Known primarily for his work as a scholar specialising in international and development economics, his greatest contribution to economics is the Prebisch-Singer thesis.

The lecture is coming at a time the world needs an international order to harness global efforts to tackle challenges too great for any one nation. For instance, climate change is neither a theory nor a prospect. It is the lived reality for an increasing number.

Small island states, coastal and low-lying states are on the front line. But the world order has been fundamentally undermined by the ad hoc exercise of power over universal principle. The more international institutions are democratic and treaty based, the more they have been stripped of power and funding.

Today power resides in self-selected groups of the large and not just political power but the power of business too. Most countries feel vulnerable and unprotected. But the crumbling of the international order will hurt the large and powerful just as much as the weak and small: no country can stand up to climate change and related global threats on their own.

It is time to reinvent the international order. One that builds local resilience as well as promoting global competitiveness, for it will not stand if many of its members feel invisible and dispensable.

Mottley is however the eight Prime Minister of Barbados. She became the first woman to occupy that high office, following general elections on May 24, 2018, in which she led the Barbados Labour Party to an emphatic victory, winning all 30 seats in the House of Assembly by the largest margin ever seen in the electoral history of the country.

An attorney-at-law and Queen’s Counsel, Prime Minister Mottley has been active in the political life of Barbados for almost three decades. First elected in 1994, she is presently serving her sixth term as Member of Parliament for the constituency of St. Michael North East.

From 1994 to 2008, she served in the cabinet of three successive administrations, first as Minister of Education and Culture, then Attorney-General and Minister of Home Affairs, and then Minister of Economic Affairs. In 2003 she was appointed Deputy Prime Minister.

Prime Minister Mottley presently holds the portfolios of Minister of Finance, Economic Affairs and Investment and serves as the lead Prime Minister on the Caribbean Community (CARICOM) Single Market and Economy in the CARICOM quasi-cabinet.