Recently, a coalition of Civil Society Organizations (CSO) including Connected Development (CODE) and Malala Fund called for an amendment to the Universal Basic Education (UBE) Act 2004. Busayo Morakinyo, Programme Manager, CODE gives more insight into this in a chat with Seyi Anjorin of The News Chronicle.

Give us an insight into the move for the amendment of the UBE Act?

On July 31 2017, the senate passed the amendment but currently we are waiting for the House of Representatives to pass their own part of the amendment because it has to be passed by the two legislative chambers. We are at that point where we are collaborating with a whole lot of organizations like the Malala Fund, Youth Hub Africa, One campaign and all those organizations to make sure that we push this to a logical end and the purpose is not just for the children to have free education stopping in secondary schools but should be extended to senior secondary schools. It is apt for you to know that from 2004 to 2018 senior secondary schools have not had any form of regulation whatsoever, it has just been left open by the UBE Act, but we are trying to see how we can bring those three years into the look and strengthen the current UBE Act, especially those clauses where punishments are meted out to parents who fail to take their children to school, but before you do, you must have to make the structure strong enough by having parents see the need to make their children go to school and it must be free. Government should be able to keep its side of the bargain so that the people too will be able to keep their own side of the bargain, as part of what was amended by the senate, there were few things brought in. We know that the UBE Act operates on counterpart funding, that is, the federal government bring 50% while the state also brings their own 50%, but in the senate amendment, they amended that 50% so that states will bring 10% and federal will bring 90%. Personally, I am not comfortable with that because I believe that education should be more on the list of the state government, I feel basic education should actually be part of the local government level, but in 2004, there was a need for the federal government to intervene because of the acute educational crisis we had in the country, we should not take the responsibility totally off the states leaving the federal government to bear the burden. I also know that in that amendment, the Sovereign Wealth Fund which used to be 1% has had another 1% added to it making 2% to increase the funding. We are saying if the federal government is bringing the fund, the state government should also see it as a responsibility because these people are predominantly in this state.

Another challenge I found with the amendment the senate made was that there was no monitoring component where we can be able to check the level of teachers and the quality of education where we can be able to check government when it pushes out projects, construction and rehabilitation of schools, we need to have people that we could hold responsible when we discover that a system is not working, so that the  system corrects the quality of education, so that children will not just go to school and not have teachers, there are places we have gone to where children go to school but there are no teachers to teach them, teachers rarely come to school and even when they do, they close at their own convenient time. There is this laxity in the system that needs a constitutional backing to check, because education is key and pivotal; we cannot feel the challenges of education now, until the next ten to twenty years when we have a whole generation that is uneducated, economic disequilibrium in the society will become deeper and we will have these children become more terrors to those of us that may claim that our children have gone to school. If you look at the issue of insurgency, you will realize that education plays a great deal of impact in the crisis.

How well has this present administration fared in the education sector?

Talking first about the almajiri schools, there is a difference between building structures and fixing systems, to me, if you really look at the almajiri school, it was the last year of the Jonathan administration that all these things started coming, the ideas might have been beautiful, but the operationalization of the idea were not even considered. We know that we have infrastructure deficit in education, but the major problem is an almajiri ideology that was supposed to be corrected and it cannot be corrected by just building beautiful schools, it is corrected when you actually engage these people, not just the almajiris on the street but the parents that brought them to look deeply into the system, because the almajiri is a full-fledged system that must be corrected. If you do not correct that system, you cannot window dress it, what we saw about the almajiri schools was just cosmetic make up. A lot of those almajiri schools are empty and the government that came after Jonathan has not done enough, in trying to consolidate the work in the education sector. The Obasanjo administration came with a revolution through the UBE Act in 2004, there were a whole lot of reforms at that point, but when that government turned to another government, we did not hear anything about it. I felt those realities around that time should have made it a top priority for government to see the need, even if it will have to be in form of a legacy to the people to be able to drive an aggressive educational policy. Looking at this present government, you will bear with me that the current minister of education has not really been at the top surface of this because we cannot see him do anything, this brings me to the competence of the person who becomes the minister of education; bring in the academia; people that are skilled. Education is even more important than finance because that is the basic place where you invest in social capital that is the hub of development in the country. We have not seen any thorough blue print from this government on education, all we have heard is that we are going to declare a state of emergency in the educational sector, I am still waiting for them to declare it, and one year after that proclamation was made.

What are some of the other loopholes that call for amendment in the UBE Act?

After the senate passed the amendment in July, we reconvened and had a CSO’s dialogue where we had a strong position to the effect that there is no monitoring and evaluation component to the amendment. Secondly, you cannot take off responsibility of education of the state and give it to the federal government in the tune of 90%, it is wrong; states have to come to take ownership of the process, the core of basic education lies in the state. States should wake up to their responsibilities, the UBE 2004 was supposed to have elapsed ten years, this is 2018 and it is yet to be amended. What that gap opened for was a system that made states become more dependent on federal government for everything and states do not even see it as important. What we are saying is quite simple, open up the process, let people know how much states are actually collecting, let people be able to track that into their various communities, let us strengthen School Based Monitoring Committees (SBMC) which are at local government levels and are in charge of these schools, because the children of SBMC members attend those schools. What we did in CODE last year in Kaduna state was to follow over 21 projects and enlightened SBMCs with the bill of quantities and the exact amount these projects cost in their constituencies and localities, and so people now go to track and check projects because they have the needed details and hold contractors to ransom until jobs are effectively completed.

How do you think government can really improve the educational sector in the country?

According to UNICEF, 30% of every country’s budget is supposed to be for education, our last budget was far less than 30%, we have never hit above 10% as a country, and it calls for serious reasoning. I am not against capital projects but you build structures that will be destroyed because you did not educate a generation; a full generation in Nigeria is not educated. One of the places most governments would not like to invest in is education sector because you do not see it until after ten to twelve years of constant investment. The world is moving above our type of classes and we are still struggling to build classes; people are moving from classrooms to Artificial Intelligence (AI) where we have robots teaching people, and we are struggling to build classes with chalk boards for students. Where are only talking about structures and not even the quality of the system and the kind of people we are competing against globally. I think apart from the funding which goes into structure, we have to declare an actual state of emergency that has to be actively moved by the people and parents of these children. We need children of public servants to go to public schools, because if this is so, the public schools would be good. We know that the House of Representatives has had a retreat over this amendment and they have their modifications, we are just waiting for it to become public, we know before the end of this year, it is going to be passed at the house then forwarded for the presidential assent, beyond this, the political will to fix the system is necessary, because we are a disaster waiting to happen if we do not fix the educational system. 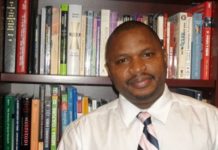 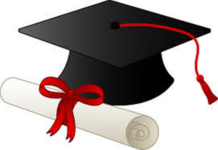 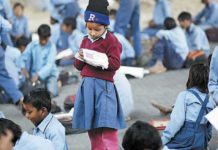 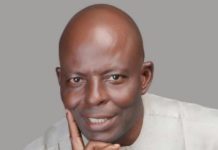 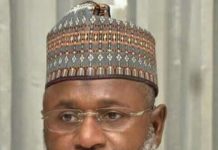 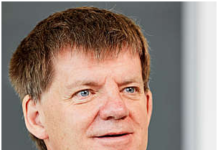