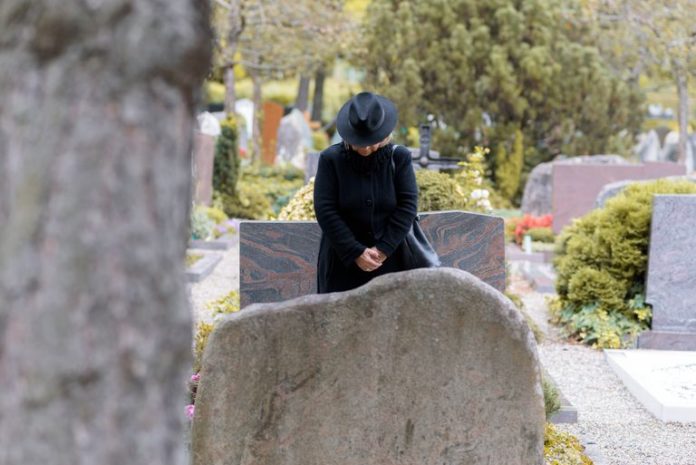 The Multi-purpose Hall, in Alapere, a Lagos suburb, venue of the stage drama was filled to the brim. The stage was lavishly decorated to impress, and it did impress. Guests were relaxed in their sitting positions. They said little but listened more with rapt attention.

Aside from having a colorful cast, the drama which had as a theme; Clutches of Widowhood, and organized by a faith-based group, was full of extreme suspense and combined intrigues and unexpected twists of details in different times and forms.

Like the vast majority of Nigerian home movies, the stage drama amplified what has been on the mind of Nigerians, as it vividly painted the gory picture of intimidation, violence, pains and injustices, the majority of windows in our society are made to stoically go through in the guise of culture.

Though the play did not end the way the key characters and proponents of injustice initially envisaged, as they suddenly realized the inherent foolishness in their wickedness.  That notwithstanding, I went home feeling both sad and happy.

Sad, not because the actors/actresses did not give a very good of their talent, but because the stage drama again brought to the fore what widows in our larger society go through despite the intensified global campaign for equal right by the world body, the United Nations. Making me wonder why men feel honoured by the humiliation of the vulnerable people in society.

Also, I was essentially happy because the victory won by the widow just before the drama climaxed, re-enforced my belief and hope that non-discrimination, justice and fairness are not only the foundation for peace, unity and stability but special ingredients for building a nation where all citizens shall not be treated on the basis of; sex, marital status, language, religion, birth or another status.

The above revelation becomes more meaningful  when one remembers that justice is more of external actions than interior emotions or passions; that it is rendering to each person what is properly his or hers; what is equal, fair and balance in any relationship. And most importantly, we win justice quickest by rendering justice to the other person

Without minding what others may say if this change of heart is adopted in our society, it will not only herald something new that will help curb this inhuman act against vulnerable people, but announce a civil society where justice and love shall reign supreme

There is another thing quite closely related to this. The tendency to ignore this call is always high because while many will view it as a dangerous fiction without merit, others may see nothing wrong in those practices describing it as but mere cultural practices.

Ironically, from what sociologists are saying, culture is that realm of ends expressed in art, literature, religion, and morals for which at best we live.

This definition, no doubt puts denial of rights to inheritance of husband’s property as a direct opposite of culture.

Very instructive, one point most people who are hooked onto this act fails to remember is that there is an amazing democracy about death. ‘It is not aristocracy for some of the people, but a democracy for all of the people. Kings die and beggars die; rich men die and poor men die; old people and young people die; death comes to the innocent and it comes to the guilty- death is an irreducible common denominator of all men’’.

Indeed, it is always easy to observe that something is seriously wrong with our social system, also very smooth to announce that this human tragedy is happening not by accident, but by a programme of planned inequality, Very regrettably, its difficult to admit that we are all involved in this alliance for injustice.

To explain, we have as a people at different times and places witnessed widows go through these social pangs and maintained silence.

Curiously, media practitioners have seen culture lately gone the wrong way but assumed it’s the right thing, watched the traditional rulers redefine culture in the image of their actions, but viewed it as normal. The practitioners have overtly become more cautious than courageous in their reportage of wicked cultural practices.

This failure of the media to study the cultural failures and inform the masses has in recent years resulted in situations where traditional rulers persuaded their subjects to endorse and applaud cultural practices that were harmful to their lives and existence.

The Civil Society Organizations (CSO) and faith-based groups, formerly known for educating the masses, no longer see themselves as problem-solvers or watchdogs of society. Rather, they now assume a high ground they do not understand, leaving the masses that initially depended on them confused.

Government has become the greatest culprit of these injustices against widows and other less privileged people by their inability to provide; good health care facilities, accessible and qualitative education, non-funding of social housing, non-availability of minimum wage protection for the widows, no welfare benefits for the poor and vulnerable people, no unemployment protection, no women shelters or adequate child care centres or laws that adequately defend the rights of widows.

To reverse this trend, the most important instrument to achieve this lies in government willingness to fully domesticate and enforce 1995 Beijing Declaration.

It will also be rewarding if our school libraries are equipped with cultural materials, so that students can carry out research and get valuable information   that will help promote, protect and preserve our culture objective for posterity.

While  the media, the CSO’s and faith-based groups are encouraged to speak against injustices, another urgent imperative for the government is to recognize that failure to take care of the widows, the orphans and other less privileged will lead to many children taken to the streets. And as we know, the streets are reputed for breeding all sorts of criminals and other social misfits who constitute the real threats in forms of armed robbers, thugs, drug abusers, drunkards, prostitutes and all other social ills that give a bad name to society.