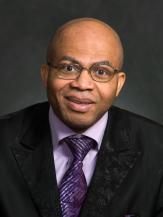 The Nigerian media space went agog when the United States District Court for the Northern District of Georgia Atlanta Division on November 19, 2019, filed Case 1:19-cr-00464, A “True Bill”, otherwise known as Grand Jury Criminal Indictment against the persons of Allen Ifechukwu Athan Onyema, a Nigerian Citizen, the Chairman and CEO of Air Peace; and Ejiroghene Eghagha, a Nigerian citizen and the Chief of Administration and Finance of Air Peace. Commentators have speculated on the guilt or innocence of the accused. Others have offered some theories relating to the motivations and hidden hands behind the Indictment.

In all, the indictment alleges in its 36 pages and 88 paragraphs 35 counts of diverse criminal offences. Count One alleges Conspiracy to Commit Bank Fraud an offence covered by title 18 of U.S. Code (U.S.C.) § 1349. Counts Two to Four allege Bank Fraud contrary to 18 U.S. C. § 1344. Counts Five to Eight allege Conspiracy to Commit Credit Application Fraud, covered under 18 U.S. C. § 371. Counts Nine through Thirty-Five allege Money Laundering, covered under 18 U.S.C § 1957. Finally, Count Thirty-Six, Aggravated Identity Theft, 18 U.S.C. § 1028A(a)(1). Counts One to Eight, name both Allen Onyema and Ejiroghene Eghagha as defendants. Counts Nine to Thirty-Five, specifically name only Allen Onyema as defendant. Count Thirty-Six names Ejiroghene Eghagha as the sole defendant. If convicted of any of the charges, the Indictment is seeking for forfeiture to the United States of any property derived from proceeds traceable to such offenses, including Money Judgment and Banks Funds held in JP Morgan Chase Account ending in 5512 ($4,017,852.51), Bank of Montreal Canada account number ending 7523 ($4,593,842.05) and Bank of Montreal Canada account number ending in 7515 ($5,634,842.04), totaling $14,246,536.60.

Thirty-Five allege Money Laundering, covered under 18 U.S.C § 1957. Finally, Count Thirty-Six, Aggravated Identity Theft, 18 U.S.C. § 1028A(a)(1). Counts One to Eight, name both Allen Onyema and Ejiroghene Eghagha as defendants. Counts Nine to Thirty-Five, specifically name only Allen Onyema as defendant. Count Thirty-Six names Ejiroghene Eghagha as the sole defendant. If convicted of any of the charges, the Indictment is seeking for forfeiture to the United States of any property derived from proceeds traceable to such offenses, including Money Judgment and Banks Funds held in JP Morgan Chase Account ending in 5512 ($4,017,852.51), Bank of Montreal Canada account number ending 7523 ($4,593,842.05) and Bank of Montreal Canada account number ending in 7515 ($5,634,842.04), totaling $14,246,536.60.

Count One, paragraph 1 alleges that the defendants conspired to, “knowingly devise and execute and attempt to execute a scheme and artifice (i) to defraud financial institutions the deposits of which were insured by the Federal Deposit Insurance Corporation, that is, Wells Fargo Bank and JPMorgan Chase Bank, NA, and (ii) to obtain and attempt to obtain moneys, funds and assets owned by and under the custody and control of those financial institutions by means of materially false and fraudulent pretenses, representations, and promises, as well as by omission of material facts, in violations of Title 18, United States Code, Section 1344.” The charges continue from paragraph 2 to give the profile of Mr. Onyema, his trips to Atlanta, opening of US Bank Accounts, transference of funds from Nigerian bank accounts to US bank accounts, ownership of Air Peace, personal expenses at Atlanta area stores and even eating at restaurants and sundry immaterial issues. May be, these were aimed at the emotions of the members of the grand jury. No where did the indictment actually convey how the defendants harmed US depositors and their funds. Counts Nine to Thirty-Five give a list of routine transfers from one Wells Fargo Account ending 8621 to two other Wells Fargo Accounts ending in 0125 and 8020, all belonging to and under the control of the accused persons ranging in amounts from $150,000.00 to $1,000,000.00.

The charges either expressly or impliedly cover a wide array of complex topics dealing with international letters of credit, such as: international aviation business; structuring of operations between a foreign parent company and its subsidiary(ies); international banking and financial flows; international transfer pricing and taxation; and Anti Money Laundering (AML) regulations enforcement. Any one of these topics is complex enough all by itself and a case that has combinations of these topics is bound to be very difficult to untangle.

It is important to always bear in mind that this is a Grand Jury Indictment, usually secured ex parte, that is, in the absence of the accused. In Grand Jury proceedings the accused is not entitled to Sixth Amendment rights to defense counsel in the grand jury room, nor the right to examine and cross-examine witnesses. From its historical intentions of protecting innocent citizens against overzealous prosecutors, some experts opine that the American Grand Jury system is broken. For instance, the American Bar Association, has criticized the GJ system for “being a mere rubber stamp for the prosecution without adequate procedural safeguards”. William J. Campbell, a former federal district judge in Chicago, noted in 1973 that: “[T]oday, the grand jury is the total captive of the prosecutor who, if he is candid, will concede that he can indict anybody, at any time, for almost anything, before any grand jury.” Not much has changed since Judge Campbell made those observations. In an Editorial on Sunday, April 16, 2012, the New York Sun reminded readers that, the Chief Judge of New York State’s highest court, Sol Wachtler, “once said that grand juries were so pliable that a prosecutor could get a grand jury to “indict a ham sandwich.” It is therefore important for people especially in the court of public opinion to withhold judgement based on a one-sided narrative presented by the prosecutors, who have been known to be overzealous. It is not unheard off to have Grand Jury indictments dismissed. For instance according to the 2018 Annual Statistical Report of the US Attorneys Office, out of the 151 non narcotics related Money Laundering indictments that were determined, 18, representing about 12 percent were dismissed.

As at last count, it has been reported that the Nigerian Economic and Financial Crimes Commission (EFCC) has entered the fray. The EFCC will need to bear in mind that the overriding interest in the US Department of Justice Grand Jury Indictment against the named officials of Air Peace is the interest of the United States, not natural justice per se. The US DOJ in the Indictment is asking that funds which clearly originated from Nigeria should be forfeited to the United States if the accused are found guilty.

This is against natural justice and biased towards US interests. In the Fiscal Year 2018 Annual Statistical Report of the US Attorneys Report, the US Department of Justice declined to press ahead with the prosecution of a total of 2,573 alleged criminal matters on account of “Prioritization of Federal Resources and Interests (emphasis mine) “. A partial breakdown of some of these offenses the US DOJ declined to prosecute for the above-stated reasons: violent crimes (452), Terrorism/National Security (171), Drugs (414), Official Corruption (67), white-collar crimes (623), government regulatory offenses (99) and organized crime (13).

These are very serious offenses for the US DOJ to decline prosecution citing prioritization of Federal Resources and Interests. I have not seen anything in the Grand Jury Indictment of the CEO of Air Peace Chief Allen Onyema and the Chief Administrative and Financial Officer of the same company Mr. Eghagha to warrant the US DOJ to rank this issue higher in their priority than even crimes involving terrorism and national security of the United States. Except there are aspects to this case that the US DOJ has not mentioned yet, the Nigerian EFCC should resist the temptation to be used as a pliant tool for bringing down a thriving Nigerian company that is providing jobs directly and indirectly for thousands of people all across Nigeria and beyond. The EFCC should remember the case of Arthur Andersen LLP which was charged by the US District Court for the Southern District of Texas on May 6, 2002, in connection with the ENRON scandal, convicted on June 15, 2002; the conviction affirmed by the 5th Circuit (the relevant US Federal Appeal Court) in 2004, only for the US Supreme Court to overturn the rulings of these lower courts in favor of Arthur Andersen in 2005. Unfortunately, for Arthur Andersen, it was unable to recover from these legal setbacks and had to shut its doors notwithstanding the ruling of the highest court in the land. Overzealous US DOJ prosecutions can lead to incalculable harm to individuals and companies even when they are finally exonerated. The economic interest of Nigeria should weigh heavily on the minds of the leaders of EFCC as they proceed on this issue.

In conclusion, with respect to Money Laundering cases, banks and financial institutions who are the gatekeepers of the financial system have a high degree of responsibility in combating the crime by adhering to AML due process procedures especially, knowing their customers (KYC). This is a major plank of Anti Money Laundering (AML) laws and regulations in many jurisdictions. For instance, in September 2019, ING, the big Dutch bank was fined the sum of $900 million for lapses in the bank’s KYC implementation. If as alleged, Air Peace and the leaders of the company engaged in serial AML offenses using wells Fargo, why is Wells Fargo Bank not included in the Indictment or in any separate indictment for that matter for Counts Nine to Thirty-Five? It appears here that the US DOJ is primarily concerned with protecting Wells Fargo and the two other systemically important banks named in the Indictment. The connotation of sinister criminal activities on the part of the accused which has been suggested by the Indictment and various headlines is not supported by a careful reading of the Indictment. Usually in major financial crime cases such as this, the indicting US Federal agency will identify the victims and the magnitude in US dollar terms of losses suffered by the victims. No victims were specifically mentioned not to talk of the monetary amount of the losses incurred by the victims. The US companies that sold airplanes and the banks that profited from facilitating those transactions have not asked to disgorge the profits arising from those transactions. Air Peace and the accused persons should put up a robust defense to clear their names from what looks to be an overreach by zealous prosecutors.

Love in the time of Corona