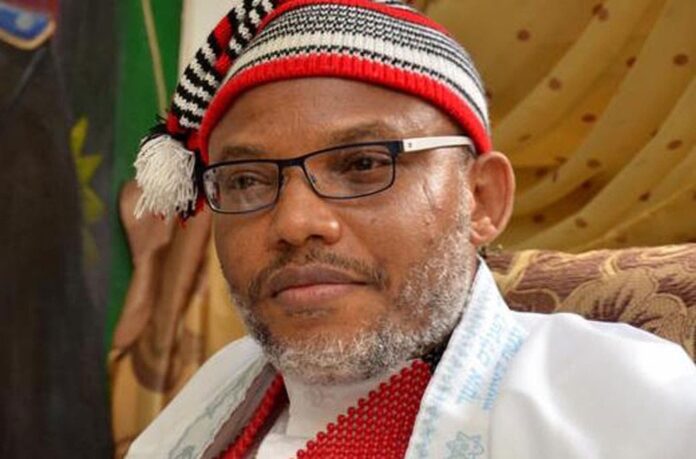 Indigenous People of Biafra (IPOB) is currently at loggerheads with governors of Eastern Nigeria, the hotbed of the Biafra agitation, who are allegedly kicking against the move by the separatist group to float a security outfit.

Governor Dave Umahi of Ebonyi State who recently dumped the Peoples Democratic Party (PDP) to All Progressives Congress (APC) to pursue alleged 2023 presidential ambition, is claiming that his fellow governors in the region are against the creation of Eastern Security Network (ESN) by IPOB.This is unfolding as IPOB is fueling fresh tension of 139 Igbo youths who were allegedly arrested in Oyigbo Local Government Area of Rivers State and taken to military camps in Northern Nigeria.

IPOB Leader, Nnamdi Kanu, in a statement through the Media and Publicity Secretary of the group, Emma Powerful, is accusing Governor Nyesom Wike of being responsible for an alleged Igbogenocide currently going on.“How is it possible that Wike the little black Hitler and his Fulani masters can invade #Obigbo, kill hundreds of men, women and children and proceed to extra-judicially- without court order airlift every able bodied #Igbo man or boy they can find to the north for summary execution.“Not minding those we rescued from army death camps in Niger State at huge financial cost, here is another list of those found in Abuja. Some of them are in DSS Training Camp while others are in Abacha Barracks also in Abuja.

‘’This is a Fulani DSS & Army that cannot fight Fulani terrorists but they are busy killing Igbo Biafrans and transporting hundreds of them without court order to death camps in the north. The US government and British High Commissioner to Nigeria are aware of this extermination programme against BiafranJews condoned and sanctioned by Ohanaeze”, Kanu said.Former Aviation Minister, Femi Fani-Kayode, has reacted to the IPOB allegation and is calling for proper investigation.“It is time for us to consider the grave allegation that hundreds of Igbo youths are being arrested & airlifted from Oyigbo in Rivers state to concentration camps in the North where they are being unlawfully detained, tortured and killed. If this is true it is deeply troubling and it MUST stop. It is not a crime to be Igbo.“Those that turn a blind eye to these atrocities and massive violations of the most basic human rights are complicit in the crime. You do not have to be Igbo to feel the pain that the people of Oyigbo are going through or the injustice that they are being subjected to: all you have to be is human.“No matter how you feel about Nnamdi Kanu, the allegations that he has made concerning Obigbo are grave and are worthy of investigation and enquiry. This is all I and millions of others in this country are asking for.“Those that say we should not ask such questions, that dispute Nnamdi’s version of events without investigation and that insist that we should act as if nothing untoward or unacceptable is going on in Obigbo are cruel and insensitive”, the former minister says.IPOB however, says most of the Igbo youths allegedly taken away by the security forces have been identified by their real names while a minor number can be identified with their popular nicknames.

The obviously enraged IPOB is accusing Igbo governors of being ‘’lily-livered and cowardly’’ claiming that their stance against ESN is nothing but ‘’a shameful display of their irredeemable enslavement and loyalty to their caliphate slave masters who in the first place appointed them governors against the wishes of the people’’.According to IPOB, ‘’ESN is only a child of necessity born to bridge the gap of leadership failure by both states and the federal government to protect lives and property of Biafrans who are daily dehumanised, raped and killed by Fulani herdsmen and terrorists unchallenged by any security agency’’, pointing out that through Umahi, Igbo governors have only further exposed their emptiness and detachment from the people.Powerful said that at a time when well meaning individuals and groups from the entire Southern Nigeria and Middle-Belt are hailing the setting up of ESN, the governors are busy advertising their opposition to the people they claim to be leading.While claiming that nobody is surprised about the response and behaviours of the Igbo governors and stating that the five governors never had the mandate of the people to read them anywhere, he adds, ‘’but our message to the treacherous South-East governors and their South-South counterparts is that the train has since left the station and can’t reverse its course.“It’s pretty too late to have a rethink. The people have got what they long desired which the cowardly governors failed to give them because of selfish political interest’’, and then reminded the governors, whom it described as traitors, that the old Eastern region cannot be sacrificed at the altar of their political interest, adding that it’s either they key in or shape out!“The East can exist without them. They should steer clear because they can’t withstand the force behind ESN. We reiterate that ESN is not a Biafran Army, but a mere vigilante group established to protect Biafrans against terrorists.“The traitor governors should know that ESN is even beyond IPOB. It’s the people’s irreversible resolve to defend themselves against conquest and occupation by aliens who enjoy the protection of the Fulani controlled federal government and security agents”, IPOB said, insisting that anyone trying to oppose the security outfit is testing the will of the people, and does so at his own peril because the outfit is the wish and will of the people who are tired of watching their mothers, wife, sisters and daughters slaughtered and raped on daily basis.Continuing, the group said by the action of the governors, ‘’it is obvious that the incessant killings in different forests in the East, the destruction of crops and farmlands, the raping of mothers and sisters as well as other atrocities of Fulani herdsmen and terrorists in enjoy the support of the governors.“That era is gone for good! May we unequivocally tell Umahi and his co-governors that ESN has come to stay. Since they lack, the courage to protect our people ESN has come to fill the gap. They should rather bury their faces in shame instead of ranting. Governors of South-West and their lawmakers established and funded Amotekun to protect Yoruba land.

‘’Miyetti Allah announced the formation of Fulani security network to protect Fulani interests nation wide; yet our governors were busy pursuing the agenda of their caliphate slave masters instead of understanding the signs.”IPOB has therefore, requested the governors, political elite, security agencies and all those it tagged as saboteurs to keep their distance from ESN for any attempt to resist, undermine or attack the outfit amounts to invitation of the people’s wrath.“Anyone opposing ESN is invariably telling us he is the sponsor of the terrorists ravaging our land. Those scheming to stop ESN should first stop terrorism in the country and then ESN will voluntarily unwind. Anything to the contrary will spell doom to all”, it says.