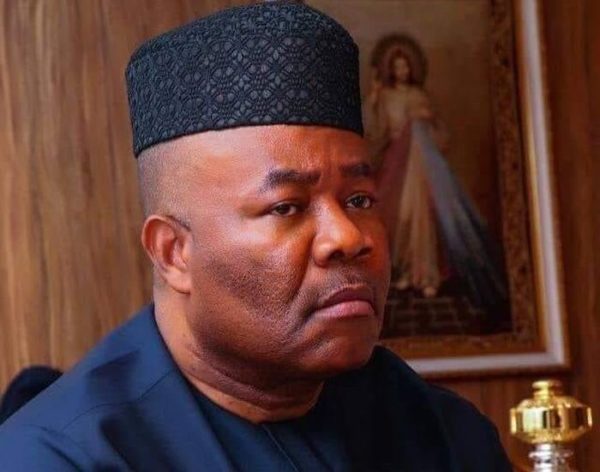 Some armed rebels of the Niger Delta, Nigeria’s main oil and gas region, are currently threatening to rupture the relative peace in the area, and stall oil production activities.

Their angst is being fueled by the alleged massive fraud in the Niger Delta Development Commission (NDDC), a supposed interventionist agency currently under the watch of Niger Delta Affairs Minister, Godswill Akpabio.

A renewed armed conflict in the vastly polluted oil region will adversely affect the country’s economy which depends on oil revenue. Already, Nigeria’s crude oil production was recorded at 1,592.000 barrels per day last May.

They are operating under a concession system, with NNPC being the concessionaire, while the companies are the operators. NNPC also is responsible for the management of the exploration bidding rounds for oil and gas.

Nigeria’s petroleum industry is well-grounded in successful exploration, beginning with the first commercially viable discovery at Oloibiri in the Niger Delta in 1956, with a modest production rate of 5,100 barrels per day. Reserves of crude oil stand at 28.2 billion barrels. Natural gas reserves, however, total of 165 trillion standard cubic feet (scf), including 75.4 trillion SCF of non-associated gas.

An important ingredient in NNPC’s exploration success is the Integrated Data Services Ltd (IDSL), a subsidiary of NNPC. IDSL is one of the largest and most advanced earth science facilities in Africa.

Field data is sent to IDSL for analysis using advanced computer systems, giving the company the critical edge in its upstream operations.

IDSL processes and interprets in 3-D configurations data from the hydrocarbon reservoirs. This technological capability is instrumental in developing reservoir management strategies, which provide optimum recovery rates over the life of a field.

IDSL has been responsible for most of the country’s major oil discoveries and is continuing an intensive exploration programme to increase the nation’s hydrocarbon reserves.

Before the latest threat by the militants, a Benin City-based lawyer in Edo State, Ojeh Godwin, wrote a petition to Senate President, Ahmed Lawan, and Speaker of the House of Representatives, Femi Gbajabiamila, over alleged ‘’flagrant abuse of statutory procedure and due process’’ in NDDC.

In copies of the petition which were sent to President Muhammadu Buhari, Akpabio, Senate Committee Chairman on Niger Delta, Economic and Financial Crimes Commission (EFCC) Chairman, and his Independent Corrupt Practices Commission (ICPC) counterpart, among others, the petitioner called for an urgent investigation into the activities of NDDC.

Ojeh is accusing NDDC’s Interim Management Committee of alleged lacklustre performance, abandoned projects, poor project delivery and other sundry misadventure being enmeshed in acts of ‘’pervasive corruption, blatant illegality, flagrant abuse of power and of the statutory procedure and due process’’.

The Benin lawyer is particularly accusing the former Acting NDDC Managing Director, Gbene Joi Nunieh, of throwing caution to the winds in her alleged involvement in corrupt activities in the Commission, adding, ‘’it is saddening that Nunieh, the Ag Executive Director (Projects), Cairo Ojougboh, the late Ag. Executive Director (Finance & Administration), Ibanga Bassey and others who are to oversee the forensic audit of NDDC as ordered by President Buhari, in a space of few months in office have done nothing but to betray the trust reposed in them.

‘’Rather than stemming or exposing the corruption they had accused their predecessors of, they had thrown caution to the winds and dorn the toga of corruption to perpetrate fraudulent acts and abuse of laid down statutory procedure under the NDDC Act and Public Procurement Act.

‘’The so much acclaimed contract verification Committee led then by Nunieh, Ojougboh, Bassey and others of the management team approved the sums of money to the tune of over N4.00 billion on spurious contracts in the name of supplying ‘Maternity Delivery Kits’, ‘Cholera Vaccines’, ‘Lassa Fever Kits’ and ‘Outstanding Science Equipment’.”

He hit hard on the Nunieh team for allegedly dispensing funds not captured under any budgetary allocation/appropriation, claiming, ‘’it is pertinent to state at the outset that Nunieh and her team approved huge sums of payments without any prior budgetary appropriation.

‘’This is reflected in the Memo dated January 17, 2020, where they directed the approval and also directed that the Summarised Information on the Health and Education Projects listed in a Memo dated 3rd December 2019 and January 10, 2020, be treated for payment.

‘’They did this despite the fact that the Memo dated January 17, 2020, clearly stated that the programmes have already been awarded and supplied and that some of the items have already been distributed. They overruled the professional advice of a top official of NDDC, who stated on the Memo that the request is for inclusion in the 2020 budget and not for payment.

‘’This singular act of theirs was in direct conflict with the provisions of section 16(1) (b) of the Public Procurement Act which provides as follows: (1) Subject to any exemption allowed by this Act, all public procurement shall be conducted: (b) based only on procurement plans supported by prior budgetary appropriations and no procurement proceedings shall be formalised until the procuring entity has ensured that funds are available to meet the obligations and subject to the threshold in the regulations made by the Bureau, has obtained a Certificate of No Objection to Contract Award from the Bureau.

‘’In the instant case, there was no budgetary appropriation and there was no Certificate of No Objection to back up the payments made.’’

In the meantime, the armed rebels on the platform of Coalition of Niger Delta Agitators(CNDA) say they are withdrawing the ceasefire deal they entered into with the Federal Government because of the alleged refusal of President Buhari to accede to their earlier demands.

According to the militants, Buhari has continued to rebuff their call for the sack of Akpabio as well as the dissolution of the NDDC Interim Management Committee(IMC) which reeks with ‘’ massive corruption’’ under Akpabio.  In a statement, the aggrieved armed rebels condemned the alleged unwillingness of President Buhari to address the issue of Niger Delta’s marginalisation in terms of appointments in the oil and gas sector, particularly the replacement of the NNPC Group Managing Director with somebody from the region.

‘’The Coalition of Niger Delta Agitators has withdrawn its ceasefire, and demands for the immediate removal of the Niger Delta Affairs Minister, Godswill Akpabio,  as well as the replacement of the Group Managing Director of the NNPC with a qualified indigene of the Niger Delta.’’

They are also condemning the alleged laissez-faire attitude of the Buhari administration towards the continued sufferings and yearnings of the peoples of the oil region, adding, ‘’it is also paradoxical for a government that prides itself as one that gives zero-tolerance to corruption to keep mum over series of allegations of corrupt practices involving APC stalwarts in various MDAs including the Ministry of Niger Delta Affairs, NDDC and the Presidential Amnesty Office”.

According to them, ‘’what the Buhari government is doing to the region is bringing us back to the period 2005-2009 which witnessed the rise of militancy in the region and which also laid the foundation for the establishment of the Amnesty programme by the Yar’Adua administration to neutralise hostilities”.‘’We should not be blamed or held responsible for any unforeseen actions that may result from Buhari’s refusal to address the issues we have raised.’’