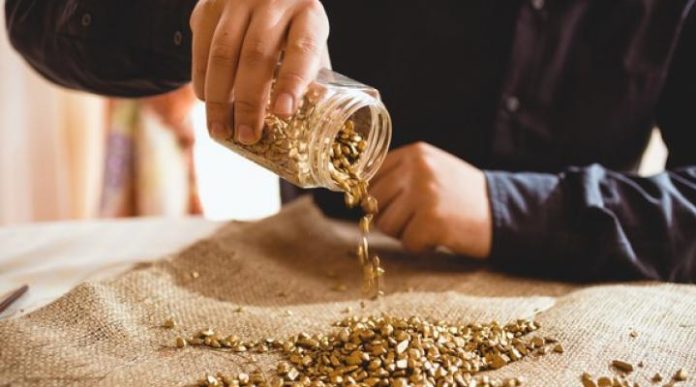 The Regional Office of the International Organisation for Migration (IOM)  for West and Central Africa, has unveiled a seeming powerful exhibition, Pour Tout l’Or du Monde (For All the Gold in the World), documenting the plight of artisanal gold miners in West Africa.

The exhibition, which showcases the harsh living and working conditions for gold miners along the so-called gold-belt in Senegal, Mali, Guinea, and Burkina Faso, coincides with the unveiling of IOM’s research on migration dynamics and profiles around artisanal gold mining sites in the region.

Pour Tout l’Or du Monde includes testimonials and photographs collected by IOM, drawing attention to the vulnerability and protection needs of all those impacted by gold mining including female sex workers and unaccompanied minors working at the sites.

Earlier this year, a young man named Famoro Sidibé died after the pit he was digging in collapsed on top of him. His death was as painful as it was inevitable, his friends say.

“It doesn’t surprise us when we see what state the pits are in”, says Idrissa Traoré, a pit leading hand, as he watches young men dig without helmets or regular access to water. “We are scared of dying here.”

Using Kintsukuroi, the traditional Japanese art of mending broken pottery using resin laced with gold or silver, as the guideline for the exhibition, attendees will be able to see the strength, resilience and incredible courage of all those who are broken and destroyed by this dangerous activity.

Experts who attended the event presented the key findings of the research conducted by IOM this year in the four target countries and discussed the main recommendations to improve the living conditions in the sites including: develop accessible health facilities, drinking water supply and the establishment of a toxic waste treatment system.

There was also a plan to support the government in developing awareness programmes on minors’ school drop-out and dangers of artisanal gold mining among minors and their families; and raise awareness among migrant gold miners on the dangers associated with gold mining and the need to use protective equipment.

Two panels also discussed other research topics including the feminisation of migration in Côte d’Ivoire and the re-opening of the Western Mediterranean route from Senegal.

The exhibition launch held at the Ancien Palais de Justice in Dakar, Senegal.

For more on the plight of artisanal gold miners in West Africa, read this.

The United States Department of State’s Bureau of Population, Refugees, and Migration (PRM) funded the research in Guinea and Senegal as part of the Africa Regional Migration Programme and the United Kingdom’s Department for International Development (DFID) funded research in Mali and Burkina Faso as part of the Safety, Support and Solutions across the Central Mediterranean Route programme. 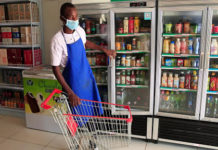