First published in English in 1983, Woman at Point Zero is arguably more relevant now than ever before. Written by radical feminist and award-winning author Nawal El Saadawi, the novel contains excruciatingly graphic, brutally honest and truly haunting tales of patriarchal society and its darkest realities. As we strive to empower women, novels like Woman at Point Zero serve to remind us how far we’ve come, and why we must continue our path to gender equality.

Based on a true story and often described as a semi-fiction or fictionalized memoir, the novel tells the story of Firdaus, a woman on death row for murdering her pimp in Egypt during the 1970s. At a mere 114 pages, the book is a quick, but certainly not a light, or easy read. Part of what makes the novel so outstanding is El Saadawi’s ability to capture a story of such depth, impact and meaning in only three chapters. Her writing is refreshingly concise and to the point, yet in no way lacks the essential details to make it both captivating and authentic.

Although the tone of the book is very dark, the author incorporates certain moments in which Firdaus seems astoundingly hopeful. Moments when she is thrown even the smallest piece of kindness or the faintest clue she may be loved, only to be shattered seconds later. After letting herself trust a man, despite her previous experience of abuse (minor spoilers ahead), Firdaus finds herself betrayed once more as the man she loves marries another.

‘I had never experienced suffering such as this, never felt a deeper pain’.

Being a lone first-person’s account, the book may initially seem narrow in focus, but this is not just the story of one unfortunate woman. This is the story of all women who have been mistreated, discriminated against or otherwise struggled to survive in a gender-ruled society. Firdaus is a symbol of the oppressed. She speaks for all those who have nothing except their bodies and minds. As an audience, we are not expected to sympathize with her, despite her courage and honesty. Instead, we are asked to listen and more importantly, to learn. The novel provokes you and quite literally forces you to think and consider. As you follow Firdaus through her journey, you begin to question even the most basic and fundamental values, principles and rules of society (including marriage and prostitution).

‘All women are prostitutes of one kind or another’.

The true power of the novel lies in its relevance in our society today. Firdaus’ story and its implications transcend time and place. It is the story of objectified women, and the price they pay for the collective ignorance of our heteropatriarchal society. The setting of this story is Egypt, but it could be anywhere. It is representative of the circumstances of far too many women who have faced a similar fate to Firdaus’. It is the story of girls raised to become wives for men; girls who are exposed to all types of abuse, forcing them into an endless battle to find a means of escape.

‘All the men I did get to know, every single one of them, has filled me with but one desire: to lift my hand and bring it smashing down on his face’.

Although it is inevitably a story of despair that is often cynical, dark and ultimately lacks a certain sense of hope, it is an inspiring novel nonetheless. Reading Woman at Point Zero reminded me why I call myself a feminist, and why I will continue to do so. The story does not only address the oppression of Arab women and their struggles in a foreign society, it stands for the victory of all women in their struggle for equality, and as such, I cannot recommend this book enough. 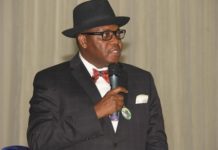