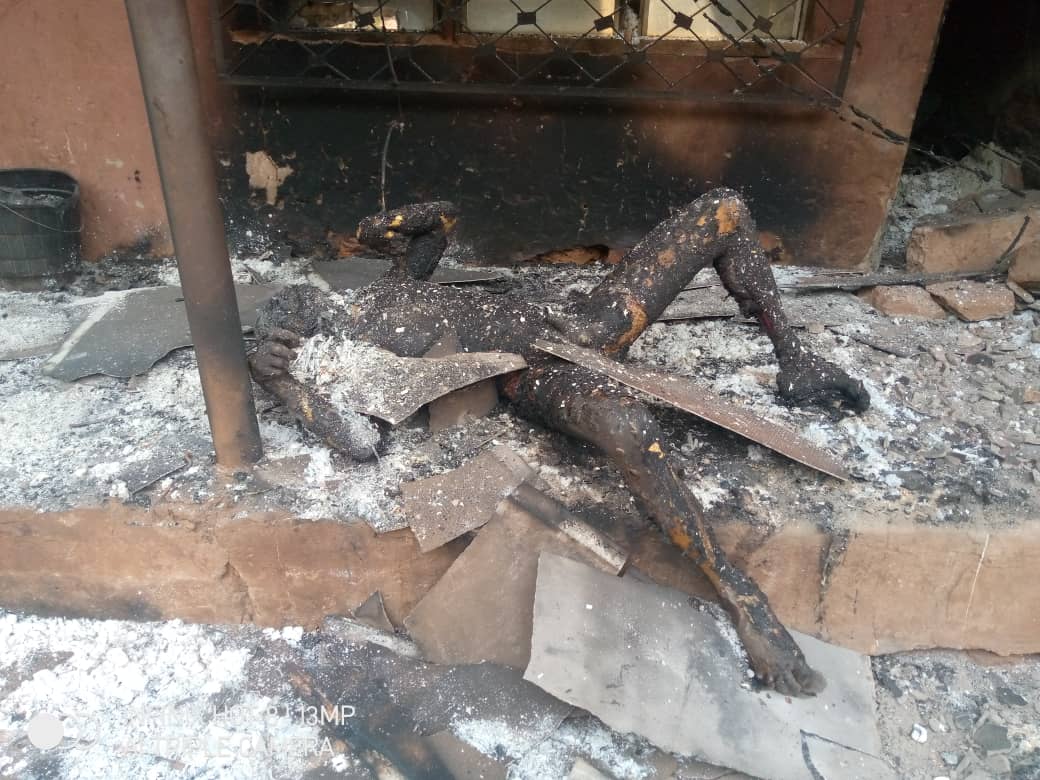 Awka – A 65-year old hunter from Amanuke in Awka North local government area of Anambra state, Uchechukwu Nweke, has reportedly shot his wife, Mrs Patricia dead as well as set his house ablaze along with his son Mr Obinna in an unknown circumstances.

The Anambra state police public relations officer, CSP Haruna Muhammed, who disclosed this in a statement on Thursday, said the suspect, perpetrated the act in the early hours of Thursday, after which he equally shot himself dead.

“On 28th of January, 2021, there was a report from the vigilante chairman of Amanuke community in Awka North LGA of Anambra State that on the same date at about 3:am, a hunter one Uchechukwu Nweke, aged 65 years of same address, allegedly shot his wife Patricia Nweke, aged 55 years with a single barrel gun and also burnt his house along with his son named Obinna Nweke aged 29 years in circumstances yet to be ascertained.

“The suspect equally shot himself using the same gun. The police detectives attached to Achalla police station visited the scene and rushed victims to Uche hospital Isuaniocha for medical attention where all the three victims were certified dead by a medical doctor on arrival.

“Corpses of the victims were deposited at the hospital’s morgue for autopsy. An investigation is ongoing to ascertain circumstances surrounding the incident,” he further revealed.