Awka- THREE persons were feared dead and about twenty others wounded on Sunday when members of a new pro- Biafra group, the Independent People of Biafra (IPOB) and security operatives engaged in a shootout in Onitsha.

It was not clear what caused the trouble, but one of the injured persons, Mr. Chinwendu Ikechukwu said the group was carrying out an evangelism programme on the need for people to embrace Biafra Republic in parts of Nkpor , Idemili North local government area after their routine meeting, adding that it was while they were on the street that security operatives opened fire on them.

He said: “On reaching Okpoko junction, we were accosted by a detachment of policemen who fired tear gas on our members numbering about 5000, but they later allowed us to go since we were non violent.

“However, on reaching Uga junction close to the Niger Bridge Head, the Naval men on duty there opened fire on us. In our defenseless state, three of our members were shot dead, while about twenty others sustained injuries. Even the police who initially allowed us to go later joined in shooting our members.”

According to him, the injured persons were initially rushed to the nearby Paragon Hospital, Fegge before they were distributed to other hospitals.

The Anambra State Police Public Relations Officer (PPRO), DSP Okechukwu Ali however denied the involvement of police in the shooting, adding that the police were in a ‘Show of Force’ operation in Onitsha as at the time of the incident.

“We never shot at the group, even though the law of the land has outlawed all pro -Biafran groups,” he said.

Also, a naval officer who refused to give his name said the group was lying, insisting that nobody died. According to him, “if they claim that three of their members died, they should provide their bodies. 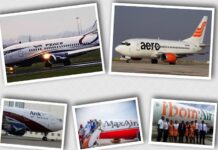 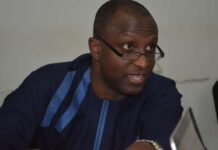