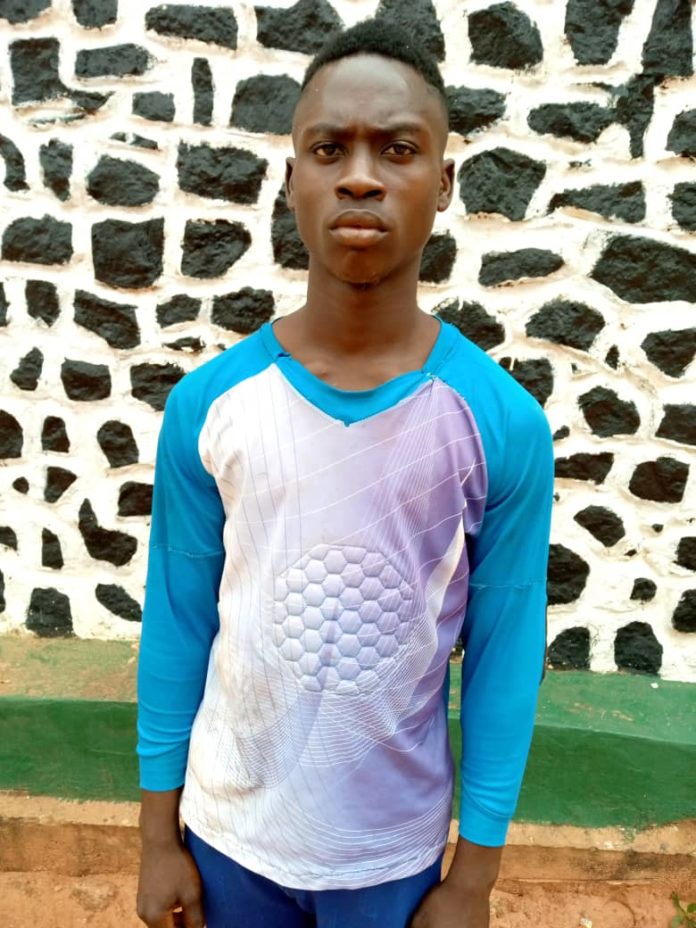 A 21-year old man has been arrested by Anambra State Police Command for allegedly having carnal knowledge of two boys aged 5 and 7, against the order of nature.
The suspect, Obimeze Maduabuchi Augustine is from Ofianta Village Nsugbe in Anambra East LGA but resides at Ejeagwu Estate Awka.
He was arrested by operatives attached to B Division, Awka.
Confirming the incident, Police spokesperson in Anambra, Haruna Mohammed said the two victims have been taken to the hospital for medical examination.
He said the state Commissioner of Police John Abang has ordered for immediate transfer of the case to the State Criminal Investigation Department(CID)for discreet investigation after which suspect would be charged to Court.
Meanwhile, the suspect has confessed to committing the crime.
According to the suspect, peer group influence made him start developing interest in homosexualism.