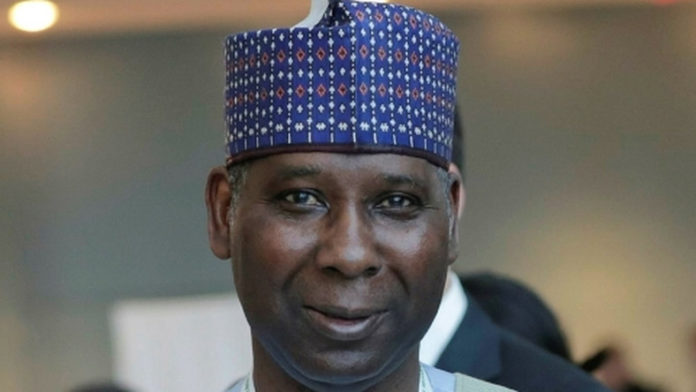 President of the United Nations General Assembly (PGA) Tijjani Muhammad-Bande has called for global action toward the protection of indigenous languages against the threat of extinction.

Muhammad-Bande made the call at a high-level event to mark the end of the International Year of Indigenous Languages in New York.

“The United Nations has clearly been at the vanguard of articulating efforts to proactively address the challenges facing indigenous languages in the modern world.

“Every fortnight, at least one indigenous language vanishes from the face of the earth.

“This translates into two extinct indigenous languages each month.

“The status quo is indeed grave. The surviving 4,000 indigenous languages are spoken by a mere 6 percent of the total world population.

“Equally noteworthy is the fact that 15 percent of the poorest people on our planet are indigenous,’’ he said.

The PGA reminded countries of the Declaration on the Rights of Indigenous Peoples adopted by the General Assembly in 2007 to promote the preservation of the cultural heritage of indigenous people.

He said that the declaration was in recognition of the right of indigenous peoples to “revitalize, use, develop, and transmit to future generations their histories, languages, oral traditions, philosophies, writing systems and pieces of literature’’.

“It calls on states to take effective measures, in consultation and cooperation with the indigenous peoples concerned to combat prejudice and eliminate discrimination and to promote tolerance, understanding and good relations among indigenous peoples and other segments of society.

“It also calls for the enactment of policies and laws aimed at preserving and strengthening indigenous languages,’’ he stated.

Muhammad-Bande said that indigenous languages mattered because they enabled people to think systematically about their place in the universe.

He explained that they also helped people to see “how this worldview could be developed and leveraged to find solutions to pressing problems’’.

Indigenous traditions, he further said, serve as “dependable means of acquiring knowledge and transmitting same across generations’’, in addition to the settlement of disputes within communities.

“This is the case with the knowledge of herbal medicine, tools fabrication, food processing and preservation, government and public administration, and dispute settlement.

“Modern pharmaceutical breakthroughs rarely happen except by building on the achievements of the past.

“It is also generally accepted that human progress hinges on constant interactions between and among the range of languages and traditions existing in the world.

“Linguistic diversity is essential to the preservation of humanity’s common heritage.

“Unfortunately, the diversity which we acknowledge as critical to humanity’s survival is imperiled with every language that goes extinct.

“With the death of languages, the indigenous people who speak them lose a significant part of their identity,’’ he noted.

The UNGA president urged the world to focus attention on the measures to ensure the survival of those who remain, rather than look for people to blame for the extinction of those languages.

“It is my hope that with the cooperation of education and research institutions as well as the private sector and civil society stakeholders, decisive action will be taken to insure indigenous languages against extinction.

“At the very least, the indigenous peoples should be imbued with the pride and confidence to speak their languages.

“The schools have a major role to play here. By integrating indigenous languages into their curricula, they would have fulfilled the vital mission of shielding the languages from the external onslaught and internal decay.

“A people that let’s go its language has, knowingly or by default, relinquished its cultural identity rights,’’ Muhammad-Bande added.