Governor Willie Obiano has terminated the appointment of former Officer in charge of the defunct Special Anti Robbery Squad (SARS) in Anambra State, Retired Chief Superintendent of Police, James Nwafor as a Special Assistant to himself
There are scores of unverified allegations of extra-judicial killings, illegal arrests and detention, extortion among other illegalities, allegedly perpetrated either by the retired CSP Nwafor or done at his behest.
The ongoing ENDSARS and ENDSWAT protests going on in Anambra, had flagged the excesses of the former SARS boss and demanded that the State Governor address the matter of the man who was in his employ.
Also among the demands of the protesters were the immediate release of all protesters and others under unlawful detention in SARS, Anti Cult and other police offices, compensation for families of SARS victims, setting up of a commission of inquiry that will receive report from victims’ families and ban on searching of phones and other electronic gadgets, as well as an end to police extortion and checkpoints.
Speaking on Thursday while addressing the protesters in Awka, Anambra State Capital, Governor Obiano also said the retired police officer will face prosecution and if found guilty of any of the alleged offences, will be made to face the full wrath of the law.
The Governor also assured the protesters that he will follow through and ensure that all illegal detainees in various SARS formations in the state would be released, while officers found wanting will be prosecuted.
“To create a more humane social order in Anambra State, I have decided to set up a broad-based panel to look into reports of abuse of human rights by the defunct SARS in the state over the years. Headed by The Hon Justice V. N, Umeh, (retired), the panel will complete its job within 30 days.
Members will comprise representatives of the Association of Anambra State Students, youth leaders from the three senatorial zones in the state, a member of the National Youth Service Corps in the state, Anambra State chairman, Civil Liberties Organisation, Chairman, Anambra Civil Society Network, Chairman of the Youth Council of Nigeria, Anambra State Chapter and a representative of the Youth Wing of the Ohaneze NdIgbo, Anambra State.
“Others include Chairman of the Youth Wing of the Anambra Town Unions (ASATU), Chairman of the Christian Association, Anambra State, a nominee of the Archbishop of the Anglican Province of the Niger, a nominee of the Archbishop of the Catholic Archdiocese of Onitsha, a representative of the Pentecostal Fellowship of Nigeria, Anambra State, a representative of the Chairman of the Anambra State Traditional Rulers Council, the Attorney General & Commissioner for Justice, the Commissioner for Youth & Creative Economy, the two youngest members of the State Executive Council and the Special Adviser to the Governor on Creative Security,” Obiano said.
He said the panel will look, in particular, into allegations of extrajudicial killings by the former head of the SARS office in the state, Chief Superintendent of Police James Nwafor (retired), whose appointment as a Special Assistant to the Governor has since been terminated. He will face prosecution if found guilty of any of the alleged offences.
The Governor also directed the Commissioner of Police to review all detentions in not just the SARS facilities in the state but also in all police formations to ensure that the freedoms and dignity of all citizens are upheld at all times.
Some of the protesters who spoke during the interactions said they will be on the lookout, for the fulfilment of the promises made by the governor.
Zubby Michael, Slow Dogg, Bob Manuel Udokwu, were among personalities that joined the protest. 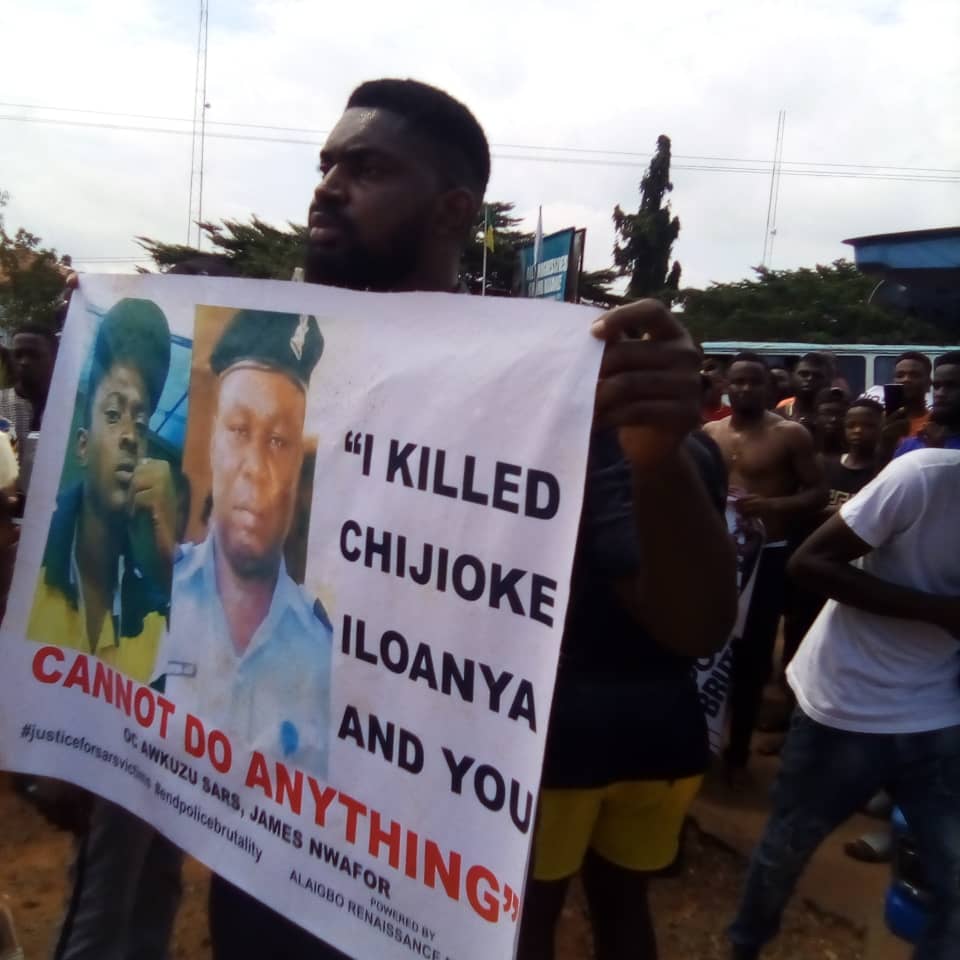 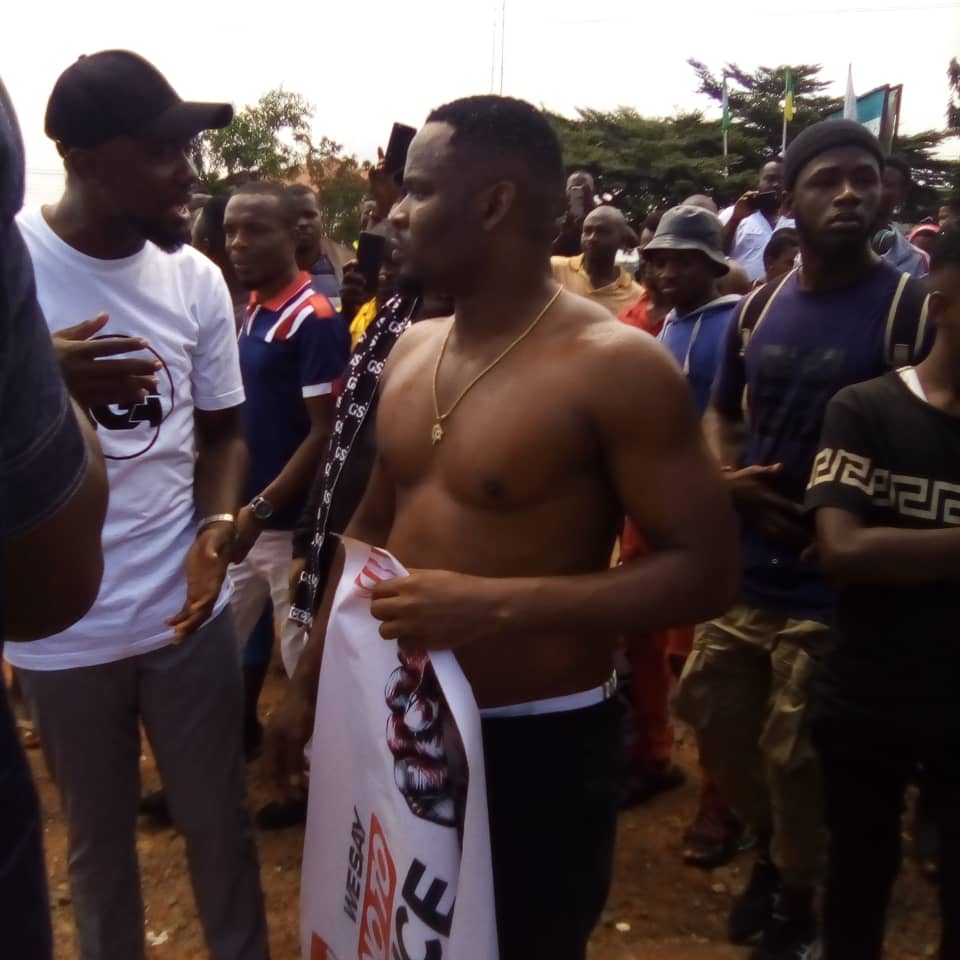 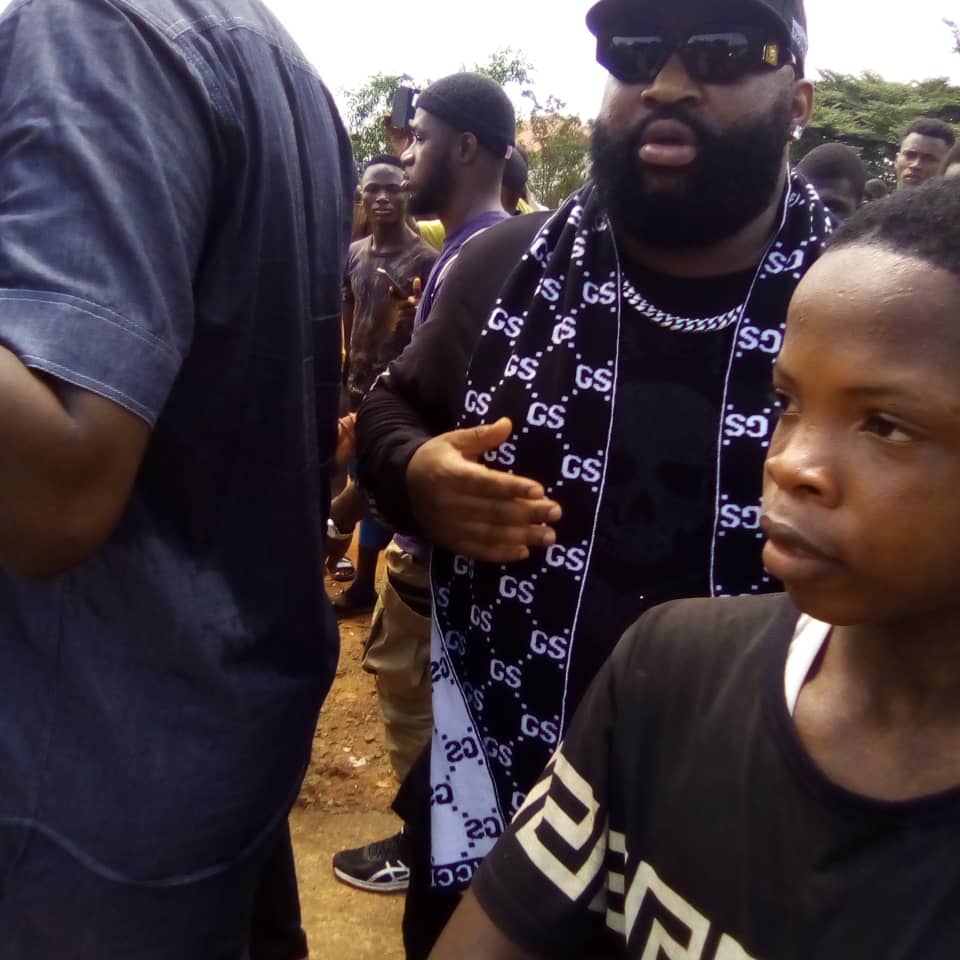